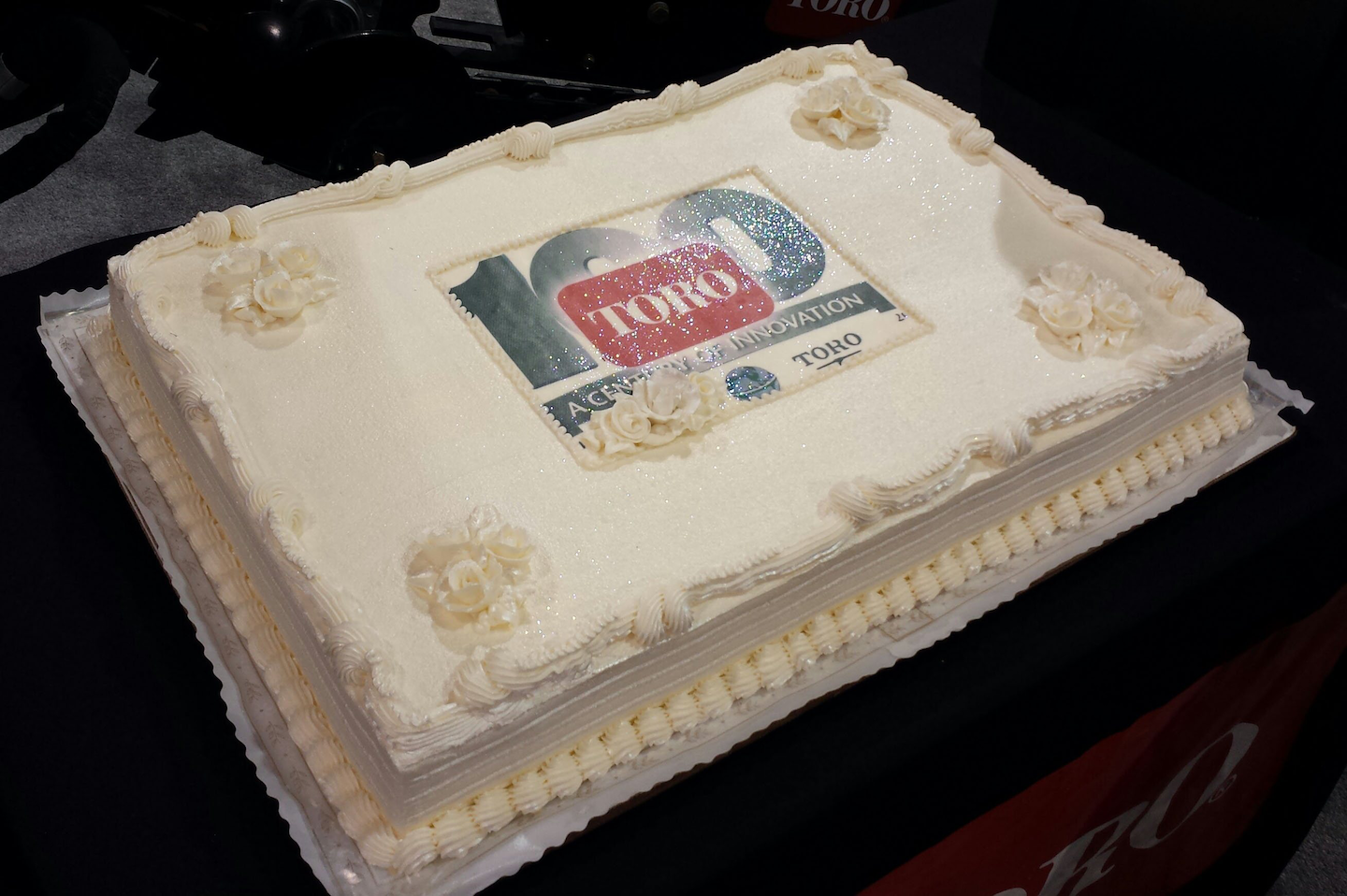 The Toro Co. celebrated its upcoming 100th birthday at ConExpo-Con/Agg 2014 in Las Vegas with a cake to share. (Photo courtesy of Brandon Jaynes/Performance Marketing, the public relations agency representing The Toro Co.)

The Toro Co. is turning 100 years old on July 10, so what better way to celebrate than with a party in Las Vegas?

At ConExpo-Con/Agg 2014, the company held a small birthday bash in its booth on March 4, the opening day of the show, complete with a large cake. This is the first time Toro has exhibited at ConExpo-Con/Agg.

Toro used the birthday celebration to reflect on 100 years in business and share the company’s excitement about introducing its line of equipment for the construction market.

Known for making its mark in the consumer marketplace, the company still derives 70 percent of its revenue from commercial and professional products and this centennial celebration is a “significant milestone,” says Rick Rodier, Sitework Systems general manager for The Toro Co.

The celebration won’t end at ConExpo-Con/Agg. There are plans to continue and to hold a big bash in July, closer to the company’s actual 100th birthday.

Toro created a special website, toro.com/100, to showcase the company’s industry firsts and to allow users of the equipment to submit their stories and memories.

The company is also collecting memories via Twitter (@thetorocompany) using the hashtag #Toro100 and on the manufacturer’s Facebook page.