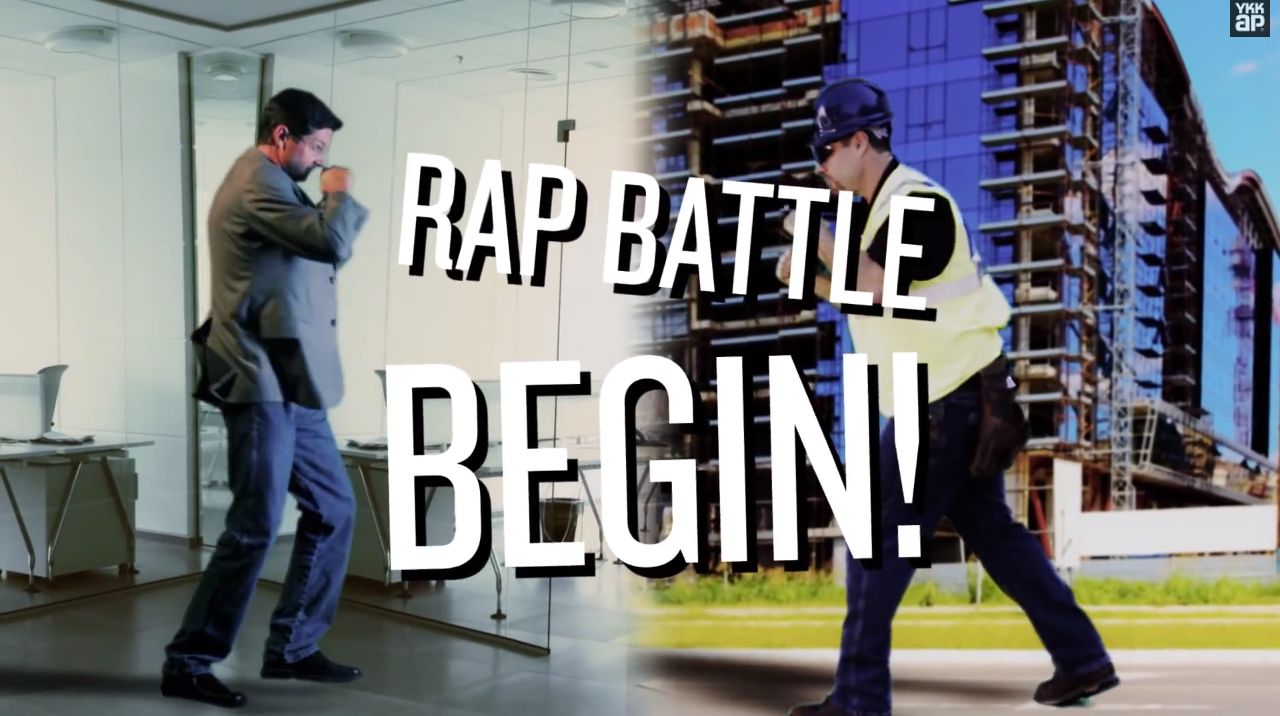 “If only the architect would spec things out right.”

We’ve heard variations of this thought throughout the years from contractors (insert “engineer” for “architect” and you’ve got the same basic riff from the earthmoving crowd).

Window-manufacturer YKK AP America (they also make doors and curtain walls) is using the butting-heads atmosphere that can sometimes develop on the jobsite as the basis for a fun video. Obviously inspired by the viral YouTube series “Epic Rap Battles of History,” YKK AP has created a rap battle for the jobsite between a contractor and an architect that’s dead-on in many ways. (See video below.)

In it, there’s plenty of back-and-forth sass.

Architect: “You need to quit cutting corners trying to save a buck./You make a good bid/I couldn’t decline/but let me teach you how to dress and respect design.”

Contractor: “Listen here, pretty boy, you got me all wrong/go back to your office where you belong/Without me, all you’d have are plans and specs.”

With the video titled “I am an Architect, part 2: Architect vs. Contractor,” YKK AP’s target audience is obviously architects, but they are giving everyone the chance to vote on who won the video battle.

My one beef: they could have gotten a better dancer to represent the contractors.