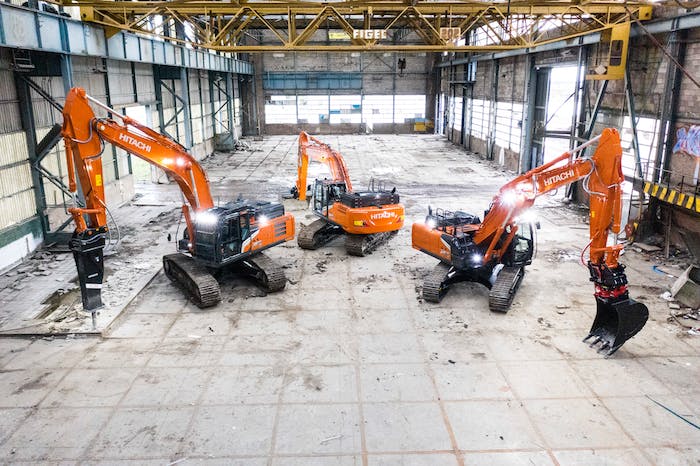 Hitachi and Komatsu are among the first construction equipment manufacturers to announce plans to halt exports to Russia.
Hitachi

Note: This story was updated March 16.

Manufacturers of construction equipment are halting exports or production of their products in Russia, following the countries’ invasion of Ukraine.

CNH Industrials, parent company of Case Construction Equipment and New Holland, announced March 11 that it had suspended all shipments to Russia and Belarus two weeks ago.

Kubota, based in Japan, has canceled production of equipment orders from Russia.

John Deere announced March 9 it suspended all shipments of machines to Russia as of two weeks ago. It has also suspended them to Belarus.

Caterpillar has also halted all operations in its Russian manufacturing plants, the company said March 9.

Hitachi Construction Machinery announced it will gradually stop production at its plant in Russia and will halt exports from Japan to the country.

Komatsu, also based in Japan, says it has suspended shipments from Japan to Russia.

Both Japanese companies’ announcements were made March 4.

JCB, based in the United Kingdom, has paused its operations in Russia, as well as the export of machines and spare parts, according to the company.

Generac Holdings, maker of generators for construction sites and other energy products, said March 8 it was suspending all its branch operations and sales in Russia.

Crane manufacturer Tadano has halted all product shipments to Russia and Belarus until the war ends as of March 4.

Crusher maker Metso Outotec has ceased its deliveries in Russia as of March 2.

We are deeply saddened by the tragic events continuing to occur in Ukraine and hope for a peaceful resolution to the crisis. Through the Caterpillar Foundation, we are donating more than $1 million to support both urgent and long-term needs of the Ukraine humanitarian crisis.

We are complying with all applicable laws and evolving sanctions, while remaining focused on our employees, dealers and customers.

Operations in Russia have become increasingly challenging, including supply chain disruptions and sanctions, and we are suspending operations in our Russian manufacturing facilities.

We recognize this is a time of incredible uncertainty for our valued employees, and we will continue to look for ways to support them.

John Deere is deeply saddened by the significant escalation of events in Ukraine. The safety, welfare, and well-being of our employees in the region remains our top priority, and we continue to support and maintain close communication with our affected teams, providing necessary resources when possible. Our thoughts are with our employees, their families as well as our dealers, customers and all those impacted by this crisis. Two weeks ago, we suspended shipments of machines to Russia and then subsequently, Belarus. We continue to monitor the situation closely while we fully abide by U.S. and international sanctions. The John Deere Foundation has additionally been working directly with a number of organizations, including multiple UN agencies, to mobilize resources to support Ukrainians impacted by the crisis. Our mission is, and always has been, to help our customers feed the world.

Hitachi Construction Machinery Co., Ltd. is monitoring the ongoing developments in Russia and Ukraine and hopes for a peaceful resolution as soon as possible, just like everyone around the world.

Our highest priority is on the safety of our stakeholders, including our group employees and their families, customers, dealers, and supply chain partners.

We are committed to making the appropriate decisions as possible based on collection of information and close communication with our bases worldwide.

Due to the situation in Ukraine, the disruption in the supply chain surrounding Komatsu has become extremely difficult and the impact on the financial and economic situation remains uncertain. In line with its crisis management policy, Komatsu has set up an emergency task force headed by its President and CEO Hiroyuki Ogawa, in which information is being gathered and analyzed, and future measures are being discussed.

Due to the current supply chain disruption and the uncertainty of the financial and economic situation, the company has decided to suspend shipments to Russia for the time being.

The Komatsu Group’s top priority is the safety and health of all stakeholders, including its employees and their families, customers and suppliers, and the many global communities in which the company does business. Komatsu is deeply concerned about the current situation in Ukraine and is closely monitoring developments. The company sincerely hopes that the situation is settled peacefully as soon as possible.

JCB has paused all operations, including the export of machines and spare parts.

CNH Industrial strongly condemns any and all acts of unprovoked violence and aggression, and especially the current war in Ukraine which is having a devastating impact on so many people, including many of our own employees and dealers.

Two weeks ago, the Company suspended all shipments to Russia and Belarus.

The Company has taken action to support Ukrainians impacted by this crisis by donating $500,000 to NGOs who are providing on the ground assistance to those in need, as well as establishing a global employee donation fund, with a dollar-for-dollar company match.

As a company, we are doing everything we can to support farmers and our dealer partners during this difficult period to help maintain global food supply.

CNH Industrial fully abides by all U.S., EU and other national sanctions regimes, and is keeping the situation under constant review.

Kubota stands with those who stand for peace. We are concerned for the well-being of the people in Ukraine, and we continue to keep them in our thoughts. Kubota North America, and its subsidiary Great Plains Manufacturing, canceled production of equipment orders from Russia, and we are fully complying with domestic and international sanctions. We will continue to monitor events closely. Since its founding in 1890, Kubota has been working to achieve solutions on social issues related to food, water, and the environment. We remain committed to confronting these increasingly serious social issues during this humanitarian crisis in Ukraine. Kubota companies in Japan, Europe and North America, including Great Plains Manufacturing, are donating 100 million Japanese yen (about 850,000 U.S. dollars) to support Ukrainian families through relief organizations providing aid, shelter, food, water, blankets, medical supplies and protection from harm to those in need. Kubota employees have taken several initiatives to assist Ukraine, and we can only wish for a fast resolution to avoid further suffering.

Trimble strongly condemns the unprovoked invasion of Ukraine by the Russian government. As of last week, we ceased selling our products and services in Russia and Belarus. Our primary focus continues to be on the welfare of our employees and partners in Ukraine and Russia.

Through the Trimble Foundation, we are also contributing to urgently needed humanitarian relief for displaced Ukrainian citizens.

“Generac joins the global community in denouncing the Russian regime's attacks on Ukraine," said Aaron Jagdfeld, Generac president and chief executive officer. "Our hearts go out to the Ukrainian people, and we stand in solidarity with others around the world in calling for peace."

The company says sales in Russia comprise less than 1% of its total revenue.

The Tadano Group offers up its fervent hope that we all will see the quick return to a peaceful and safe world as soon as possible.

As a result of Russia’s military actions against Ukraine, the European Union, the United States and other countries have announced severe sanctions against Russia. While the mining industry is currently not directly targeted by the sanctions, sanctions against the banking sector and individuals as well as other restrictions may have an impact on Metso Outotec and our customers’ Russia related businesses. Due to the current unclear and changing sanction situation, Metso Outotec has temporarily ceased its deliveries to Russia.

Metso Outotec’s customers in Russia operate in several mining and metals processing sites across Russia. Capital projects are typically long with deliveries taking place over the course of several years. Sales from Russia represented approximately 10% of Metso Outotec’s annual sales in 2021. Metso Outotec does not have own production in Russia, or any material procurement in the country. 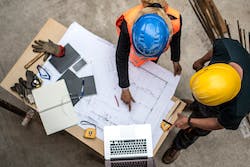 How to Take Your Small Construction Firm to the Next Level 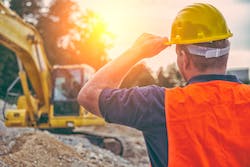 Brimming with Backlogs: Contractors Have Lofty Expectations for 2022 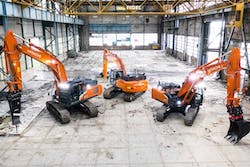 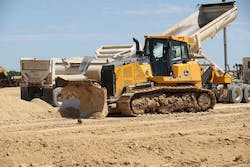 "It's a Perfect Storm." Will the Equipment Market Ever Settle Down?