Contractors looking for technicians and operators love the idea of finding somebody with military training, skills and experience. But finding them, especially if you know nothing about the military, is like using aerial reconnaissance to look for a needle in a haystack.

The problem is that military members on active duty already have full-time jobs. Recent retirees or people separating from the military are almost impossible to track down.

Where you need to concentrate your recruitment efforts are your local Guard and Reserve units. All branches of the military (Army, Navy, Marines, Air Force, and Coast Guard) have a reserve component. Additionally there is the Air National Guard and Army National Guard. The Army is the largest of the services, so you’ll find more of them. The Coast Guard is the smallest.

Guard and Reserve members work and live in your community. Most of them only pull one weekend of active duty service a month and one two-week mission a year. The rest of the time they are civilians with civilian jobs.

As simple as a phone call

If a Google search doesn’t turn up anything find your local military recruiter and ask them where the nearest Guard or Reserve units are located and a contact number. After that it’s up to you. Talk to the commander of the unit or the top Non-Commissioned Officer (NCO). Tell them you’re looking to hire technicians, operators or other people with construction related skills. Ask them if anybody in the unit is looking for a job or if there is a way you can communicate your employment opportunities to his or her troops on a regular basis.

A lot of young people do four years active duty and then join the Guard or Reserves and keep the weekend warrior gig going for the extra cash until they can retire after 20 years or so. These are your prime prospects. They’ve got the training, a strong work ethic and if they’re recently separated from active duty, they’ll be looking for a civilian job.

1. Know who you’re talking to. Officers are the managers and have college degrees. Enlisted people and NCOs are your skilled workers. They typically start their military careers without a college degree, but many acquire one over time.

2. On your first conversation ask if you can speak to the unit commander (who will be an officer) or the NCO In-Charge (NCOIC). But never make the mistake when you are talking to an NCO that you need to talk to somebody with a higher rank. NCOs run the military, dish out discipline and often know a great deal more about the troops and the subject matter than the officers.

3. If you hire somebody who is in the Guard or Reserves and they get called to active duty, you are legally obliged to let them go and offer them the same or an equivalent job at the same wage when they return. It happens, although with our wars in the Middle East winding down, it happens a lot less nowadays.

4. When you do make the call, bring you’re A-game. Unless you have good wages, good benefits, a career track and are serious about safety, your efforts will come to nil. NCOs have two objectives: accomplish the mission and look out for the health, welfare, and advancement of their people. If you can’t meet their standards, you’re toast.

In addition to your local outreach to the Guard and Reserves, you may want to look at some of the organizations whose mission it is to put exiting military members in touch with civilian job opportunities. Here’s a list for you to research: 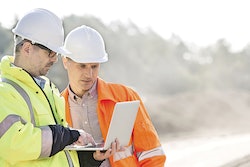 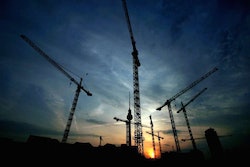 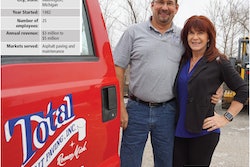 Dedicated crews, “everybody knowing how to do everything,” recipe for success at Mich.’s Total Asphalt Paving 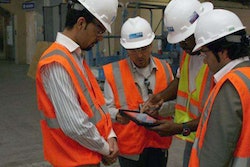