In 1972, Hiram DuRousseau Sr. decided he wanted more out of life. He bought a tractor, bush hog and box blade. “You can’t go wrong cutting grass,” says the family patriarch.

Both Hiram Sr. and his wife, Jeanette, already had jobs. He was a plant shift worker, she worked at AT&T. But both used their off hours to get their business going. The kids helped out, too, after school, cleaning up the trash behind the bush hog and doing other chores.

“I couldn’t afford a babysitter at the time, and I wasn’t going to leave them at home, so they worked with us every day,” says Jeanette. “We saved every penny we could because Hiram wanted to have his own business one day. Everything went into the bank.”

Other opportunities popped up including bulk-material handling at the Port of Lake Charles, then some dock repairs. They got on the bid list for the city of Lake Charles and did small jobs like patching roads, sewer taps, and then a parking lot at nearby Chennault International Airport.

Though the jobs were small, over time, the DuRousseaus’ persistence strengthened the family company. The sons, Hiram Jr. and Justin, took to construction like ducks to a Louisiana marsh. Before they were out of high school, Hiram Jr. was bidding and running jobs and Justin was driving trucks and running equipment. The company remained small for some time. It was just mom, dad, the boys, and two daughters: Jena and Jalin. But the seeds for success had been planted.

HD Truck & Tractor officially incorporated in 2001. In 2003, the company got its first big break when it won a $4.6 million site-work contract for the L’auberge Casino and Resort. The job was worth more than double the company’s annual revenue at the time, and the general contractor had reservations.

“All the local guys said it couldn’t be done,” says Hiram Jr. “There was no bottom, nothing hard until you got down 35 or 40 feet. It had been a dredge disposal site. You had to mat your way in, and the system we were using to build the road had never been tried before. Geogrids were brand new.”

On Hiram Jr.’s first visit, the general superintendent, Raymond Craig, wouldn’t even look him in the eye. The first words out of his mouth were: “Son, what makes you think you can pull this off?”

Taking the job was a gutsy call. And the GC wanted the road built and site graded in just 35 days. “I told him I would personally make it happen,” says Hiram Jr.

The company threw everything it had into it, including buying several new pieces of equipment and renting what it needed but couldn’t afford. “We did so much renting that Cat gave us a full-time mechanic out there,” Hiram says.

HD Truck & Tractor completed the project and then got another $6 million from the GC for additional projects related to the site. Hiram and Craig remain friends to this day and talk frequently. “They have become our biggest ally,” says Hiram.

After high school, younger son Justin studied civil engineering in college and worked summers in the business. He also interned with the GC from the casino project to learn more about the backend and business processes of big construction companies. After graduation, Justin came back to work full time in the family business and set up the office to create a stronger balance sheet and put the company on a firm financial foundation.

The company’s next big break came on a $6 million DOT road job. As with the casino, the company’s first DOT job came with risks, this time financial. The bonding companies would not let HD Truck & Tractor bond anything bigger than a $2 million job, even though the company had $4 million to $5 million in revenue.

“I made a point of meeting with the bonding agent and the bonding sureties to pick their brain and find out what they wanted,” says Justin. “Everything looked promising, but on the morning of the bid, we were informed that we would not be getting the bid bond.”

The family was distraught, but Justin got his bonding agent on the phone to find out what it would take. At the 11th hour, they worked out a deal – a cashier’s check in lieu of a bid bond if they would grant HD Truck and Tractor the performance bond and the payment bond.

“We brought the cashier’s check to the bid opening, and we were the low bidder,” Justin says. “That was extremely risky, but it ended up being the turning point for us. Now our bonding capability is one of our strongest assets. We have never been denied since.”

HD Truck & Tractor also became an early adaptor of GPS machine control. Justin’s civil engineering classes showed him the technology’s potential, but the motivation came from a jobsite. One sweltering Louisiana day, Justin looked out at eight acres of terrain and the 5,000 grade stakes he was expected to pound into the ground and thought: “There has to be a better way.”

In 2006, a lot of the big contractors were struggling with the technology. But Justin took it upon himself to learn the details and how to digitize plans so he could control that aspect of the job. Today the company does all of its jobs with GPS. It has four complete systems for its dozers and excavators. Hiram Jr. estimates work is completed 40 percent faster with GPS machine control.

In addition to the two sons, Hiram Sr. and Jeanette’s two daughters work in the business. Jena is the comptroller and safety officer. She has structured the company safety program so that everybody has at least OSHA 10-hour training. Supervisors have OSHA 30 and CPR training. And Jena went through the OSHA 500 instructor course and now does all the company’s training.

On each job they conduct a hazard assessment and jobsite analysis, says Jena. “We make each employee accountable, and we have a lot of eyes on the ground to prevent accidents from happening. That’s our main goal.”

Jalin takes care of payroll and human resources. Finding qualified employees is one of the company’s main HR challenges.

“When we look into the future, we see mechanics as a dying breed,” says Hiram Jr. “Our mechanic Darrell is 73 years old, and he is irreplaceable. He can do anything – weld, paint, body work, diagnose hydraulics, read schematics. He’s here 13 hours a day, every day.”

The company uses ads in the local paper and the local employment office. And word-of-mouth recruiting brings in some, Jalin says.

“A lot of the young guys want to go straight out and jump into the seat,” says Hiram Jr. “But the guys who will take the lower, entry-level position and don’t give up, those are the guys who will make a good foreman someday.”

In addition to mom and dad, two sons and two daughters, an aunt and cousin also work in the business. In some families, the long hours and pressures of running a construction company can pull people apart, but it has brought blessings to the DuRousseaus’ door.

Both Jeanette and Hiram Sr. come into the office every day. “They’re like our board of directors, and they’re involved in all the major decisions,” says Justin.

“For a long time we didn’t take any vacations; everything was for the company seven days a week,” says Jeanette. “But it paid off tremendously. The biggest thing for me is to have my children working with me, and my grandchildren are here, too. Family is everything to me. My faith is even more than that. I put my faith in Him, and it’s working out just fine.” 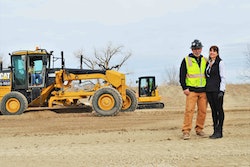 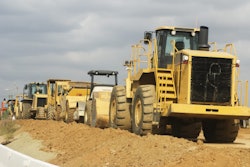 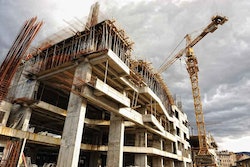 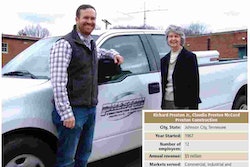