Total industry employment increased for the fifth consecutive month in January and now stands at a seasonally adjusted annual rate of nearly 7.1 million workers, according to the Labor Department. The January total is 3 percent higher than the January 2017 total.

Industry unemployment continued to increase as well, rising from 5.9 percent to 7.3 percent during January—the third straight month of increases.

Construction spending is also up, having increased 0.7 percent in December to finish the year up 2.6 percent to a seasonally adjusted annual rate of $1.253 trillion, according to the Commerce Department.

Spending on the construction of new homes accounted for nearly all of the increase, with private homebuilders spending $526 billion during 2017. That rate is up 6.2 percent from the December 2016 rate and up 0.5 percent month over month. 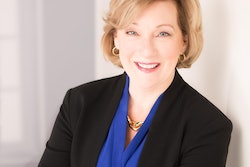