During the Great Recession, one phrase reached cliché status: “this is the new normal.”

In other words, suck it up, things will never be as good as they once were. Get used to diminished returns and don’t dwell on what used to be.

So it tends to give you pause when Chris Daum, senior managing director and officer for FMI Capital Advisors, a division of the well-respected construction consulting firm, openly asks, “Have we entered the golden age of underground construction?”

It was an intriguing question made in an interesting context: a meeting of journalists gathered to view Vermeer’s new third-generation horizontal directional drills. And it was certainly a query that the underground equipment manufacturer was happy was on the table.

“We see another fiber boom, strong power and energy markets, combined with global growth, all which will increase the use of drills and trenchers,” Doug Hundt, president of industrial solutions for Vermeer, told the group.

Daum echoed Hundt’s remarks. “There are a lot of things going on in the North American market, and the United States is the most attractive construction market in the world,” he said.

There are several drivers to this growth, particularly in the underground sector, Daum said. These include a favorable utility regulatory environment, cast iron pipe replacement programs by gas distribution companies, a push to convert overhead utilities to underground, and our chronic water/sewer infrastructure underinvestment.

“Never in my career has there been sustained spending in gas, energy, telecom and water and sewer,” Daum says. “All the stars are aligning. I can’t think of a better time for underground infrastructure.”

There are of course challenges. The Great Recession wiped out 30 percent of construction labor, and squeezed profit margins aren’t going away. “Utility contractors have an average 4.5 percent profit margin, and yet they’re one of the most profitable segments in the construction industry,” Daum said.

The problem with golden ages is that they’re rarely recognized as such when you’re in the midst of one. (Ask those who experienced the Interstate build out.) Then once a great market proves it’s sustainable, we start to believe it will continue on and on, with only minor corrections.

As Daum reminded us, “A lot of people go bust because of too much work.” Good markets—whether they reach golden age status or not—have to be managed even more than poor markets.

And if great times are ahead, your management skills are in for a test. 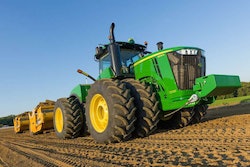 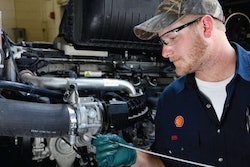