Though the restoration of diplomatic relations between the U.S. and Cuba has a long way to go, construction is firmly planted among the industries with the most to gain from the reversal of the half-century-old political stalemate announced by President Barack Obama last week.

On Wednesday, Obama announced that he was ordering a full restoration of ties between the two nations, severed in 1961, including the opening of an embassy in Havana. The move however was opposed by leading Republicans in Congress, including some Democrats.

Despite the major change in policy the President’s move represents, only Congress can lift the ban on Americans traveling to Cuba for pleasure and unrestricted large scale trade and investment depend upon both U.S. and Cuban laws changing. However, as the South Florida Sun-Sentinel points out, “Obama’s action authorizes trade with Cuban private companies in building materials for private homes, goods for entrepreneurs and farm equipment for small farmers.”

That, coupled with a widespread need in Cuba for infrastructure repair and construction, home restoration and new homes, means quite the opportunity for South Florida contractors.

But contractors aren’t the only ones who stand to gain from the policy shift. In response to the announcement, the Association of Equipment Manufacturers said members producing farm equipment “will benefit” immediately, though construction equipment makers will likely benefit down the road.

Indeed, the folks at Caterpillar are excited about the announcement. Cat director of global government affairs Bill Lane told ENR, “everything that Caterpillar makes in the United States is needed in Cuba.”

“Caterpillar’s been calling for a new policy toward Cuba for more than a decade,” Land said. “And we believe engagement’s a powerful force in change and we’re hopeful this will cascade into a positive change in Cuba.” 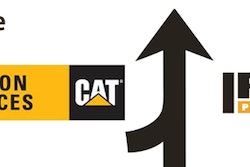 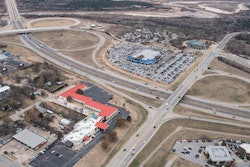