In November, Texans will go to the polls and vote on Proposition 1, which, in a nutshell, proposes to take half the money from the state’s gas and oil revenues and direct it toward highway construction and maintenance.

Everything in this bill is sure to please the construction industry. And everything I’ve read over the last few months indicates that almost everybody in the state likes it: all the mayors, democrats, republicans, urban and rural voters equally approve. There seems to be little, if any, opposition. And while this is just one program for one state, Prop 1 could serve as a example for other states to follow in the future.

Texas established a rainy-day fund for general purposes in 1988, using money collected from oil and gas revenue. But this statewide savings account continued to grow even while Texas borrowed money, in the form of toll roads and bonds, to pay for highway programs.

Prop 1, if approved by voters, will take half of all future rainy day revenues and put them towards road building and maintenance. That will amount to about $1.7 billion in 2015 (a 17-percent boost to the total TxDOT budget) and will likely increase as the oil and gas business continues to grow in south and west Texas.

Best of all, and something sure to make good government advocates cheer, is that the law is written explicitly forbidding the use of those funds for anything other than new road construction, road maintenance and rehabilitation and right of way acquisitions. None of it can be used for toll roads, bike paths, light rail or other diversionary projects.

Texans are a tough lot to please when it comes to road building. Governor Rick Perry early in his first term 10 years ago tried to hornswoggle state voters into approving a massive Trans-Texas Corridor. That project would have paralleled I-35 with ten lanes each way of highway and rail lines running down the middle, all the way from Mexico to the Oklahoma border. But Perry wanted to fund it with bonds and an international consortium of investors.

Voters figured out that they didn’t want a bunch of Spanish investors and New York banks skimming interest off their road building funds, determining how much to charge for their roads, and telling Texans where the on- and off-ramps would be placed. So they voted down the project. Later efforts to ring the major cities of Texas with toll roads were more successful, particularly in Houston. But in the last few years Texans woke up to the fact that the tolls don’t go away even after the roads are paid for, and that has plenty of them up in arms.

Not every state has the oil and gas resources that Texas enjoys. But the Marcellus Shale boom touches West Virginia, Ohio, Pennsylvania and New York State. North Dakota is awash in new oil and gas. Colorado has some of this market and California has a lot if they’d let the drillers drill.

Perhaps most important, assuming Prop 1 passes, it will prove that you can raise revenue for road building if the state or whatever government entity raising the revenue promises to use it for just that–road building. Every state has a gas tax, but some of them siphon off huge chunks of this revenue to fund all sorts of non-transportation projects.

This kind of shell game by politicians is what drives much of the anti-tax sentiment in this country and make no mistake, Texas is one of our most anti-tax states. But having been offered a clearly written law with honest funding specifications, the voters of Texas, in all likelihood will say “yes” to this new source of highway funding in November. And that’s a game changer. 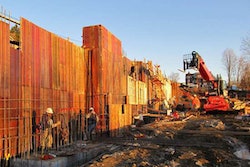 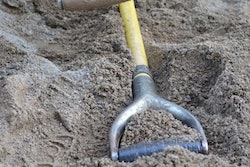 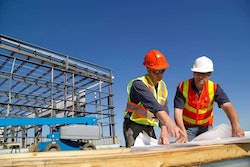