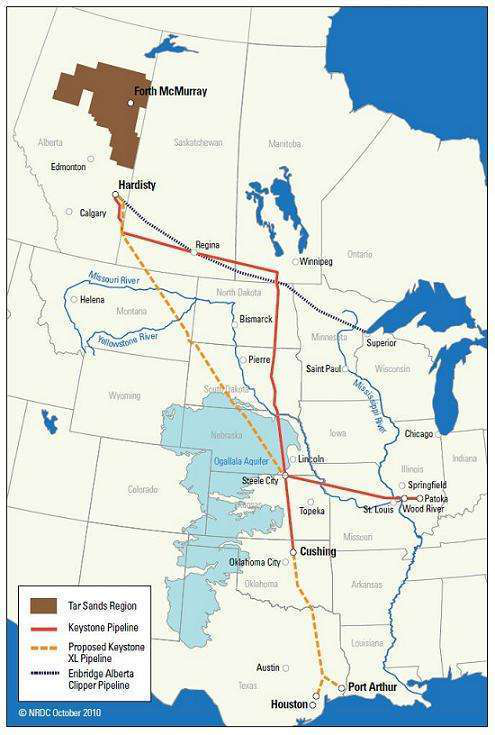 The Energy and Natural Resources committee voted 12-10 Wednesday to approve the bill. All Republicans in the committee supported the bill and were joined by Democrats Joe Manchin of West Virginia and Chairman Mary Landrieu of Louisiana, who helped write the bill, according to a report from Bloomberg.

The bill would next go for a full vote in the Senate. However, its prospects of making it that far are slim. Senate Majority Leader Harry Reid hasn’t yet agreed to bring the issue up for a vote and even if he did and the bill passed, Obama could veto it.

Despite its doubtful success in the end, the bill could mark a turning point in partisan division over the pipeline.

For more than five years, construction of the pipeline has been held up in talks for government approval due to dispute over environmental concerns. The $5.4 billion pipeline would create a more direct route for oil between Hardisty, Alberta, Canada and Steele City Nebraska. From there, oil can travel through the existing Keystone pipeline system all the way to the Gulf Coast.

Despite much of her party’s distaste for the pipeline over environmental concerns, Landrieu said the need to boost construction and job creation in the U.S. and expand oil imports from both Canada and Mexico are more important.

Republican Senator John Barrasso of Wyoming is less impressed with Landrieu’s support of the bill. He called it a “a cheerleading exercise rather than a meaningful effort to get the pipeline approved.” Landrieu is up for re-election in Louisiana, a state where Obama lost in 2012. She has used support of the pipeline as a way to set herself apart from her party.

One group pleased with Landrieu’s support of the bill however was the Association of Equipment Manufacturers.

“This legislation sends a strong, bipartisan message that it’s finally time to begin building the Keystone Pipeline, a project that will create good manufacturing jobs and provide American industry with access to more affordable energy and the competitive edge the global economy demands,” AEM President Dennis Slater said in a prepared statement.

“I strongly urge Majority Leader Reid to bring up this vital legislation for consideration before the whole Senate.”