Funny how good people with good intentions wind up doing bad things when they enlist politicians to their cause.

In February, the New York Times featured a profile of billionaire Tom Steyer’s bid to raise $100 million to defeat the Keystone pipeline project and promote the democratic party’s green agenda.

After endless backpedaling, the State Department last year gave Keystone the greenlight and estimated the project would generate 42,000 construction jobs. But these obvious facts were not enough to move the project forward. Steyer’s strategy worked, and President Obama, feeling the osmotic pressure that cash puts on all politicians, kicked the can conveniently down the road, at least until 2016.

But for all his ads and advocacy, Steyer isn’t as green as he seems.

He made much of his $1.4 billion fortune by investing in fossil fuels. What’s more, by defeating Keystone he will boost profits in Kinder Morgan, an energy company in which Steyer has had a substantial financial stake. To his credit Steyer recently divested himself of this oil wealth as pointed out in this Men’s Journal profile.  And his environmental ethics and concern seem genuine. He wants to do good.

But Kinder Morgan has plans to expand its TransMountain pipeline from the oil fields in Alberta to shipping terminals on the West Coast, giving TransMountain a distribution monopoly on Canadian oil. Regardless of whether that Canadian oil goes south or west, or who gets the pipeline, the Canadian oil will go to market. If it goes west, it will get bought and burned by China which has few of the pollution controls we require here.

Steyer used some of the millions he’s raised to film a 90-second ad claiming that Keystone would raise gas prices in the United States, and that it would only create 35 permanent jobs, a claim he also whispered in Obama’s ear. These lies were so egregious that the Washington Post gave the ad it’s worst rating, four Pinocchios.

Steyer should be smart enough to know that Keystone is comparable to the Trans-Alaskan pipeline, built in the 1970s. This project provided some 90,000 construction jobs in its heyday, and today still employs about 800 people. And Steyer has yet to explain how an increase in the supply of any commodity, like oil, increases its price—a total inversion of the facts on supply and demand.

As I have said before, if Steyer would spend more time with engineers he might come to the conclusion that investments in energy efficient technology are a better way to reduce greenhouse gasses than lining the pockets of politicians.

But once Steyer waved his $100 million political action war chest in front of desperate democrats, they quickly convened an all night, 15 hour love fest to decry the evils of global warming, every one of them hoping a little bit of that green would fall on them.

Should Steyer’s campaign succeed in driving the Canadian oil west, pollution will only get worse and tens of thousands of good construction jobs will be lost. The only people who will benefit will be politicians in the democratic party.

So a billionaire showers the democratic party with cash, the environment gets a little worse and America’s economy and blue collar workforce suffer a lot. This is not a win for anybody other than the politicians. 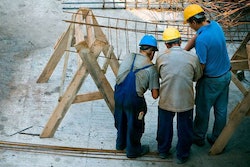