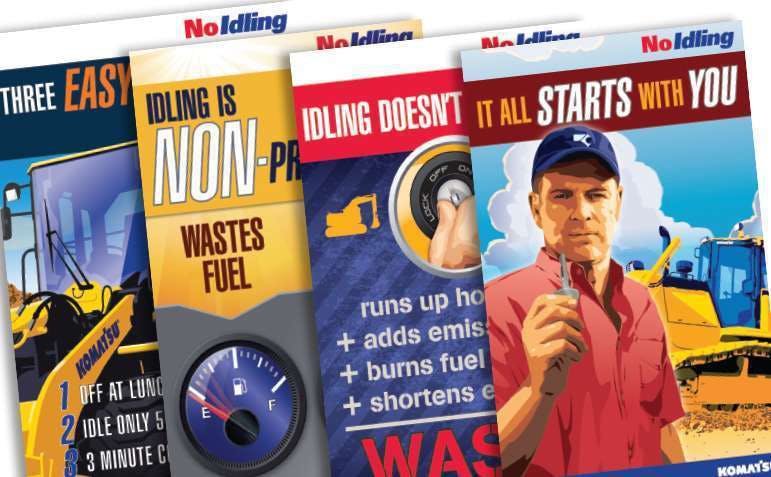 In construction bids, nobody likes to leave money on the table. Yet the biggest controllable expense—fuel cost—is rarely scrutinized for savings.

Komatsu started putting telematics on its machines in 2006. When they looked at the aggregate data two years later they were shocked to see how often machines idled.

And that 40 percent doesn’t just mean wasted fuel, Calvert says. It also adds non-productive hours to the machine, lowers the resale value, shortens your warranty coverage, accelerates engine wear and causes you to schedule PMs when you really don’t need them. Additionally, in many Tier 4 Interim and Tier 4 Final engines, excess idle also causes soot to build up faster in the diesel particulate filter, requiring more frequent regenerations and service.

“That’s pretty expensive behavior,” Calvert says. “If you can limit the unnecessary part of the idle time, you’re going to save some money.”

Changing behavior and monitoring idle time through telematics are the keys to reducing these losses. The telematics part is fairly straightforward.

Most major OEMs today offer a telematics system for their heavy equipment and trucks. These “black box” devices monitor engine performance, temperatures, fuel burn and a wide range of conditions and report it back to a website or send the information straight to your smart phone or tablet. And there are plenty of aftermarket telematics systems available that can be retrofitted to older machines or machines without factory-installed telematics.

Once you have the data, the challenge is how to change the behavior of operators and drivers, and that starts with education.

The reason people idle for long periods of time is because for years that’s the way everybody operated. “Earlier diesels were hard to start, with heavy rotating masses. Diesel fuel was cheap, so once you got them running, you kept them running,” Calvert says. “That’s not the case now. The engines start quickly.”

You should also make sure your anti-idle policy is in compliance with state and local regulations, some of which require operators to shut off equipment after more than five minutes of idle time.

Once you have the telematics information in your hands, you can demonstrate to your crews how much time they’re spending at idle and even pinpoint specific operators or machines that are idling too much. Calvert emphasizes, however, that the information should be used to encourage positive behavior not to criticize or penalize operators.

“We believe the vast majority of operators are professionals,” Calvert says. “If they are idling too much it’s because they haven’t been told there is a preferred way to do it. Education and encouragement are the ticket. If there is an operating tip that can help them, we present it as a best practice, but we’re not in a position to understand every jobsite, machine, or operator. So encourage and reward improvement and don’t penalize people who are slower to improve.”

Calvert also emphasizes the need to create a vigorous communication strategy that promotes your anti-idling policy. As an example he cites a program Komatsu launched in 2012, signing up almost 1,200 fleets across the United States. Customers that signed up received various promotional items.

“All that stuff was messaged to say: ‘Idle time depends on your behavior. When you can, and you’re not using the machine, turn it off,’” Calvert says. “We believed the whole campaign began with educating equipment owners and managers and giving them materials to educate their operators and operations people.”

Another benefit to creating an anti-idling policy is that it can create a mindset of continuous improvement.

“No idle is very understandable and very actionable,” Calvert says. “If you take the first step, then other things are going to become obvious once you start to change your business and make it better. I think no-idle is a great place to start. It instills a culture of improvement.” 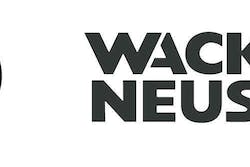 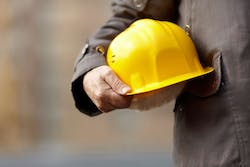 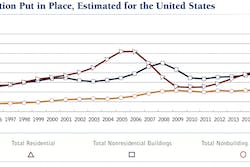