Construction companies must mind CSA regs, even with their ‘casual truckers’

“If you have a vehicle that’s more than 10,000 pounds total—including what you’re towing—and you cross state lines with that vehicle, you are regulated under CSA,” said Davis.

Many construction companies have “casual truck drivers,” Davis said. “Driving a truck is not their main job, but they drive in order to accomplish certain tasks, such as delivering equipment. Your drivers may not think they have to comply with CSA, but they do.”

CSA was created after it was discovered about 2 percent of motor carriers were being audited, Davis said. CSA scores for companies are based on the results of inspections, violations and crash data.

These scores are then compared with similar carriers or companies and ranked from 1 to 100; the higher the score, the worse the ranking. Individually, drivers also receive severity weight points ranging from one (least severe) to 10 (most severe), points that contribute to a company’s rating and show up on the driver’s personal safety performance.

One basic strategy contractors can adopt now to combat the on-road inspections that can lead to negative ratings: tell your drivers to obey the speed limit. “Speeding violations lead to CSA inspections,” Davis said. “And if they stop you for speeding, they will probably get you for other violations.”

Another tactic to reduce inspections: reduce the number of observable defects on your trucks. “Look at what the inspector can see, hear, touch and smell,” Davis said. 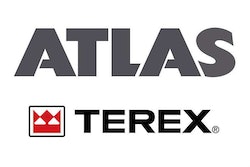