Are you poised to fail?

He overinvested in equipment. He bought too many shiny new trucks. He borrowed a lot at the wrong time. He didn’t know how to manage money. The work just dried up.

Sound familiar? If you’re a contractor who made it through the recession, these are some of the reasons you hear explaining why some of your competitors are no longer your competitors. If it seems a lot of construction companies are going under, it’s because they are. According to Dun & Bradstreet, construction companies represented the biggest percentage of failed businesses globally in 2012, and the second largest proportion in the United States. The first question you may ask (well, after questioning why a sane person would go into such a risky business at all) is “Why?”

The answer isn’t a simple one. In addition to the recognized problems that sink small businesses overall – insufficient capital, overinvestment in fixed assets, poor credit arrangement management, personal use of business funds, unexpected growth and competition – construction companies also face a separate set of risk factors. According to a 2010 study [Business Failure in the Construction Industry: a Critical Review and a Future Research Agenda, Wong and Ng], construction firms are particularly vulnerable to failure because of the fragmented nature of the industry, high competition, high uncertainty, high risk and fluctuations in construction volume.

Although failures can rarely be attributed to a single factor, budgetary issues almost always come into play. Insufficient profits and capital, heavy debt, high operating expenses and industry weakness are all hallmarks of businesses on the brink of failure. However, when you recognize these issues are plaguing your company, it’s most likely too late for a successful turnaround. What should you look for before your business reaches this point?

Canary in the coal mine

There are eight early warning signs of financial trouble, says author and consultant Michael Stone of markupandprofit.com, who teaches business management, sales and estimating to contractors. In order of severity:

8. You or your family members physically working on jobs without getting paid

7. Not taking a regular salary from the business

6. Cutting the sales price to get a job

5. Inability to pay off all credit card debt each month

4. Partial or no payments on bills due

2. Employees not being paid on time

If these are all too familiar to you, take action immediately, Stone says. “Get outside help from a business coach, preferably one who understands the construction industry,” he says. “You want someone who understands construction because it’s not like other businesses. We don’t sell a product the client can pick up and carry out the door. We don’t offer the same service to any two clients. Every job is different; every client is different; construction has its own set of problems.” Stone says an updated business plan is a must, and recommends annual planning. “Set aside time to review what went right and wrong the previous year, and establish goals for the coming year,” he says.

The warning signs are created by not making enough profitable sales, Stone says. Although it may seem to be a no-brainer, serious attention should be paid to ensuring a high enough price is charged to cover not only the job costs, but also enough to pay overhead – which includes the owner’s salary – with a reasonable profit built in. If you’re going to own a business, you need to invest in yourself and learn how to run it profitably, says Stone, who has coached more than 26,000 contractors. “It doesn’t require a lot of money or sitting in a classroom to invest in yourself or your business, just a willingness to spend a little time on a regular basis,” he adds.

Is there a crystal ball?

One of the biggest problems in averting failure is often that those at the top fail to notice key indicators, paying attention only in the event of a financial crisis. Then it’s too late, says Dr. David Arditi, director, Construction Engineering and Management Program, Illinois Institute of Technology. Arditi’s research group has worked on the subject of contractor failures for 15 years and studied the topic exhaustively. “The overall outcome of these studies is that whenever an executive observes financial symptoms that the company is not doing well, it is already too late to turn the company around,” he says.

The decline happens in three phases: Initial Decline, Recognition of Decline and Response to Decline. Although the performance of the firm begins to deteriorate during the initial decline phase, the recognition phase is crucial to determine whether the construction company is able to survive or will eventually fail. Simply put, the earlier you recognize your company has the potential to fail, the better the chance you’ll successfully turn the company around. Remember, the earliest signs of decline will not only be the most equivocal indicators, they will also be factors that don’t affect the financial performance of your company.

So what are they? Early signs of organizational decline include:

• Replacement of substance with form

• Fear of embarrassment and conflict

If one or more of these characteristics apply to your firm, view it as a symptom of a larger illness. It’s easy to dismiss problems that seem small as anecdotal, but they’re generally a bellwether of a larger problem. The appearance of these indicators requires a swift response.

Arditi notes that, while Chapter 11 bankruptcy can provide relief for firms after a dramatic financial crisis, turnaround can begin much earlier in the cycle if the company’s management can detect the signs of trouble early. These turnaround measures include diversification, forming partnerships or other strategic alliances, taking measures to increase market share or sales, downsizing the company and liquidating some assets to generate cash flow.

Keep in mind, if you’ve had to downsize in response to a company decline, the quality of your personnel is likely to decrease – valuable people may choose to leave the company. Talented managers may believe that being part of a failing company will put a stain on their otherwise successful career, Arditi says. This is challenging in two ways: Not only are you losing talented staff, you must continue on with a less competent team. This can be an opportunity, however, to bring in “fresh blood” – new employees who can observe major dysfunctions within your company with an outsider’s view, and help to break the status quo.

Even if you feel your company is at the healthy end of the scale, keeping a finger on the pulse of your business is important. Having an early warning tool at your disposal may be the difference in a total failure or a timely turnaround. EW

Believe it or not, most Americans think good roads are more important than their iPhone or TV 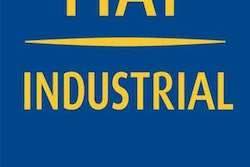 Construction spending up 0.4% in April despite another dip in government spending