Despite the increased attention it has given to the problem, the aftermath of a partial collapse of a bridge on Interstate 5 spanning the Skagit River in Washington state also underscores the dearth of solutions the U.S. has for its aging infrastructure and lack of funding.

Last Thursday, a section of the 58-year-old bridge collapsed after being struck by a truck carrying an oversized load. Three were sent into the river below and suffered minor injuries. Luckily, no one was killed.

But as the New York Times reports, in addition to the extra cost the inconvenience of a detour will cause the more than 67,000 drivers that cross the bridge every day, fixing the bridge could also detour funds that would have gone to another aging Washington bridge on the same Interstate spanning the Columbia River.

Then there’s the fact that the bridge, though very old, has not been ruled structurally unsound. It’s been ruled “functionally obsolete,” which means that it has an outdated design—it’s low clearance being the main example. Because of that, the state doesn’t plan on rebuilding the entire bridge. It can’t because the funding simply isn’t there.

Apparently, the bridge has a history of being struck by large trucks.

Instead, only the collapsed portion will be rebuilt. Today, according to our sister site Better Roads, U.S. Transportation Secretary Ray LaHood announced that the federal government is supplying $1 million in emergency funding. However, that money will be used toward the installation of temporary bridges over the river and repairs to the existing bridge.

Washington Gov. Jay Inslee summed up the state’s frustration with the situation nicely, saying, “It shouldn’t take an oversize load to let us know we have an oversized problem.” 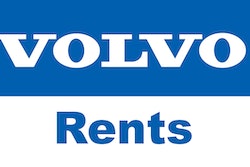 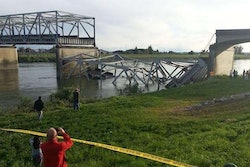