With the fiscal cliff and great political uncertainty of 2012 behind it, FMI sees nonresidential construction benefitting from overall economic improvement, but still facing several global issues such as national debt levels.

However, according to the FMI report, 49 percent panelists surveyed by the management consultant and investment banking provider said they expect the construction industry to grow somewhere in the 0.5 percent to 2.5 percent range. And 19 percent expect the industry to have even larger growth.

Also interesting is that 40 percent of those panelists told FMI that the ObamaCare healthcare legislation will have no impact on their hiring decisions in the upcoming year. About 31 percent said because they have more than 50 employees, healthcare legislation wouldn’t make a difference anyway. Only 15 percent said it would make hiring decisions more difficult due to the extra cost.

Meanwhile, FMI reports the cost of both labor and construction materials have risen while productivity has dropped.

The FMI report also notes a disparity in viewpoints regarding this recovery. Why?

“Backlogs have improved, especially for larger contractors, yet there are still about 25 percent of smaller contractors whose current backlogs are better than the median,” FMI reports. “None of the largest contractors have backlogs below the median of nine months, but they tend to work on larger projects with better funding. They also tend to have much better business development efforts. The markets a contractor works in also make a great difference, as it can be grim to be counting on landing a job building a new store or mall in this economy. The competition is fierce, the projects few. The outlook has recently been much better for those focused on certain niches like energy or data centers.”

You can view FMI’s full report by clicking here. 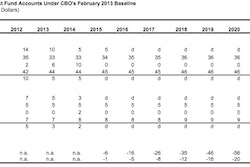 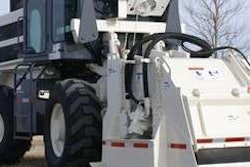