Stretches and balancing exercises are the farthest thing from the minds of most guys when they show up to the jobsite. But for a crew in Washington state, they’ve become part of their morning routine.

About 2 1/2 years ago, the Sellen Construction Company began encouraging its sub-contractors to stretch at the beginning of each shift, reports The (Tacoma) News Tribune. And so, each morning at 7 a.m. the crews began doing just that.

They were reluctant at first but in the time since then have grown fond of the stretching exercises, saying they’ve led to less injuries on the jobsite.

“I still have aches and pains,” Mike Wisham, a third-generation construction worker and former Marine, told the News Tribune. “That’s part of the job. Tylenol is still part of the toolbox, like it’s always been. But they’re minor aches and pains now, and they’re gone the next day.”

“More and more, owners are savvy with safety,” Sellen safety director John Hogan told the paper. “If you cut down on injuries, you do more business.”

One of Sellen Construction’s project safety managers Frank Mandell, told the News Tribune that the company brought in an expert that put together the right blend of exercises for the crews to perform each morning that would get them warmed up for work. Of course, the crews have given exercise names like “airplane” and “inverted airplane” their own spin. “Beer grab” and “ape drag” are examples.

Hogan said Sellen’s non-traumatic injuries “have been steadily decreasing” thanks to the exercises. 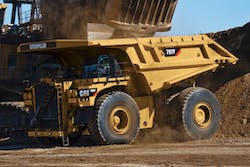 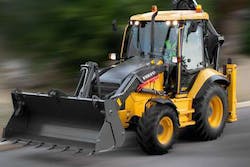