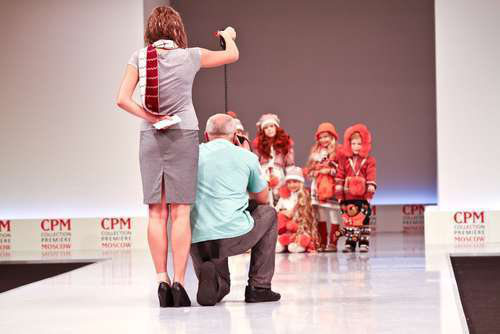 In the June issue of our magazine Equipment World we ran a long article detailing what some of the country’s top fleet managers are doing to recruit and retain mechanics and service technicians. You can read it by clicking the magazine tab at the top of this page.

Truth be known, although they do their best, most of the fleet managers we interviewd felt like they were fighting a losing battle.  High schools don’t have many shop classes anymore, community colleges are perpetually underfunded, and every parent thinks their little darlings are college material.

One suggestion that arose in my interviews with these fleet managers is that you may just have to work harder at developing your own people–finding young men with a good work ethic and teaching them what they need to know.  My group didn’t dwell much on this point, but its worth exploring further.

One of the best examples I’ve seen of this was a professional photographer I worked with years ago. I know photography and diesel equipment maintenance are far afield of each other, but hang with me here. The principle is the same.

Most high dollar professional photographers work with a photo assistant. Photo assistants do all the grunt work and handle the technical details while the photographer schmoozes the client, calms the nerves of the models or homeowners and probes for any political tensions between editors and graphic designers that might impact his paycheck.

The assistant drags out all the power packs, sets up the umbrellas and lights, loads the film in the camera (back before the digital era), stages and cleans up the settings and backdrops, and tests and balances the output of the lights all with only a few brief words of instruction from the photographer. And when the photographer extends a hand out open palm, the assistant better put a camera in it and a have tripod ready for the camera within seconds. If you’ve ever seen a good one in action, you’d be amazed. Hustle doesn’t even begin to describe it.

The assistant has to be a mule of a worker, master a thousand technical details and have a sixth sense about what the photographer wants.  And even though the pay for assistants stinks, young people covet the job because they know that one year slaving for a top notch photographer can often give them the skills and knowledge to go out and make the big bucks themselves. A year as an assistant is better than a four year degree in photography.

One of my favorite photographers back in the day was a guy by the name of Perry Struse. Once during a lull in shoot I asked him what he looked for in his prospective assistants. Some seemed to be high school kids at best, some even high school drop outs, more punk rockers than Felix Ungers. Didn’t they have to know a lot about photography before they could  work with him?

Perry said no. In fact, he preferred kids with limited or no prior knowledge of photography. “So what makes a good candidate,” I asked.

“Curiosity,” Perry said. “If they have a naturally curious mind and they like to burrow into the details of something, if they have a long attention span, I can usually teach them everything they need to know.”

The first week under Perry’s tutelage, he explained, usually involved one-on-one instruction: no paying work, just information and demonstration on the cameras, the lights, the light meter, formats, film types, F-stops and focal planes.  Slow going at first. The next couple of weeks, the two would venture out to do some jobs with Perry giving additional guidance. But by the end of a month or six weeks, if he’s made the right choice, the assistant will have it all under his belt and Perry can go back to his schmoozing, politicking or flirting with the models.

I also asked Perry how he knew if somebody has the level of curiosity he’s looking for. It’s easy he said. “Just ask them what they’re interested in and see how much they can tell you about it.”

According to Perry it didn’t matter if that subject was comic books, cooking or baseball statistics. If they love the subject, relish the details and can communicate that enthusiasm and extensive knowledge, he says, they’re probably going to be successful.

Perry’s advice and insight on this issue can be put to good use by any equipment manager looking for technicians.

What you as an equipment manager have to bring to the table is good interview skills. You have to be able to communicate with these young people and figure out if they’ve got that secret passion. And you have to put in time to train them. That’s hours spend away from your main duties, but what other choice do you have?

You also have the patience to explain things in a way that makes sense to a novice and slowly build up that person’s skill set and problem solving sense. Not everybody has the time or this ability. I myself suffered under a half dozen construction bosses with limited communication skills for several years, until I happened upon a lead carpenter who taught me everything there was to know about building houses. With the right OJT, it took less than three weeks.

The final piece of the puzzle is that you have to motivate these kids to stay with your company. Perry was upfront with his assistants. “Do good by me, and in a year you could be in business for yourself,” he told them.

That’s obviously not your goal, but you can show them a great career field, what wages they might earn in the future and present them with a good benefits package.  A truck to drive home every night is a pretty good inducement for a young person as well.  You also need a positive work environment. No drill sergeants, impossible demands and the kind of abuse that used to pass for manly vigor back in the day.

And you still have to recruit. You have to seek them out. My advice is to skip the classified want ads and just keep your eyes and ears peeled for sharp young people in your community.  Ask around. Or the next time you get exceptionally good service from some young kid, start a conversation, leave them a business card. There are a lot of good ones out there, and almost none of their talent and is being discovered or developed by our education system.