Volvo Construction Equipment brought together several hundred dealers, customers and members of the media May 16-18 to talk about their business, philosophy and the future of infrastructure and the environment.

The big powwow was held at Miami Beach May 16—18 and coincided with the only U.S. appearance of the company’s favorite sporting event, the Volvo Ocean Race.

Volvo CE’s president and chief executive Pat Olney brought the crowd good news with reports that demand for construction equipment in North America jumped 35 percent during the first three months of the year and noted that the company’s forecast for a 12 to 25 percent improvement in sales for all of 2012 is attainable. Globally the company recorded a 17 percent increase in sales for the first quarter of the year.

Olney also emphasized the company’s commitment to environmental care and sustainability in announcing an expanded partnership with the World Wildlife Fund and the WWF Climate Saver Program. As part of that commitment the Volvo Group has pledged to reduce carbon dioxide emissions by 30 million tons from construction equipment, busses and trucks built between 2009 and 2014, with Volvo CE taking on half of that reduction.

CEO of the Volvo Group, Olaf Perrson said that the company’s goal was to become the world leader in sustainable transportation solutions, noting the company’s production of 600 hybrid busses.

“Technology is not the problem,” Perrson said.  “We have the technology in place and the fuel alternatives, but we don’t know yet which technology will prevail.” He also suggested that the technology might vary regionally depending on the fuel available, with natural gas engines strong in North America and electrics and hybrids better suited to China. When the choices become clearer, Perrson said Volvo would provide most if not all the solutions, including Volvo built natural gas engines and other alternative fuel engine platforms

The company also threw in a thought provoking presentation from Enrique Penalosa, the former mayor of Colombia’s capital city of Bogota. Penalosa is a livable cities advocate and challenged the audience to change their thinking about how much real estate we in the U.S. give to the automobile. Instead, he says, we should be dedicating more area to pedestrian zones, green belts and bicycle paths.

“What is a good city?” Penalosa asked. “It is a place where people want to be out. We need to walk to be happy, to be with people and with nature. We need public spaces that are safe for children, the elderly and the infirm. Quality sidewalks show respect for people.”

To hammer home his points, Penalosa showed slides of blighted, car centric urban areas in the U.S. where no people could be found  and contrasted them with pedestrian and bicycle friendly environments such as Amsterdam and Paris where the streets were filled with people out enjoying themselves.

The event in Miami also gave trade press editors an insider’s look at the current state of the highway bill. Dennis Slater, president of the Association of Equipment Manufacturers (AEM) and Jonathan Miller, Volvo’s head of government relations, explained that while the current Congress is probably closer than it has yet been on passing a highway bill, the final bill and the votes to approve it may not come until after the elections in the fall.  There are two proposals being discussed, a two-year and a five-year highway bill with the two-year bill as the one most likely to move forward.

Miller noted that the bill as it is in the House is a good compromise and free from earmarks but there are still too many uncertainties in Washington D.C. to move the bill out of committee for a final vote. The possibility exists for the bill to be approved, as early as June, but as with deficit reduction and entitlement reform, most of our elected officials are afraid to stick their neck out on any legislation until elections are over.

Ironically, it may be Congress’ lame duck session after the November election when most of these bills and issues are finally addressed. But Slater and Miller also noted that the two-year bill is prorated to October 2011, which means that even if it does pass in June, there will only be 16 months of funding coming out of it. If Congress waits until after the elections, the bill wouldn’t even bring in a full year of federal highway funding.

The toughest sport in the world

As part of it’s Swedish, seafaring heritage Volvo created the Volvo Ocean Race, an event that pits six of the world’s fastest monohull sailboats against each other in a nine-month sprint around the world. Volvo owns the race, but each of the six boats has a different corporate sponsor and it’s own crew of 11, many of whom are Olympic medal winners.

These carbon-fiber boats can reach speeds of up to 40 knots. The men work in four-hour shifts or watches, but often only get a couple hours sleep at a time in tiny, unpadded bunks below deck. The shorter crossings can be as much as 18 days of continuous sailing, the longer reaches put them in the water for as much as six weeks at a time. And this goes on with just a few days break at the handful of ports where they repair the boats and sails and take on additional rations.

And it’s intensively competitive as well. Despite all the vagaries of storms, doldrums, equipment failures and crew exhaustion, the boats often arrive in port within minutes of each other after sailing for weeks over thousands of miles.

To follow the progress of the boats or learn more go to www.volvooceanrace.com. 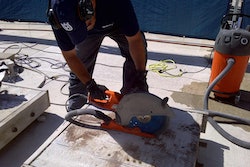 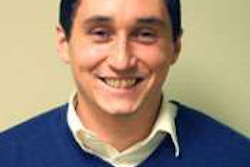 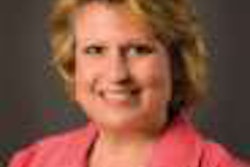 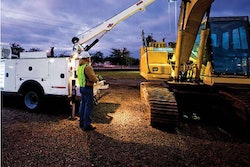