The addition of Scott Wilson expands URS’ international presence by adding a network of 80 offices around the world, including offices in key regional centers such as London, Hong Kong, New Delhi, Warsaw and Dubai, and more than 5,500 employees.

In the U.K., the combination of Scott Wilson with URS’ existing operations will create a business with infrastructure expertise across a range of attractive long-term markets, including rail and transit, roads and bridges, and ports and harbors. Current major contracts include the U.K. Crossrail Project and Thames Tideway Tunnel in the U.K.

URS also is the lead partner in the Nuclear Management Partners consortium, which is responsible for managing and operating decommissioning activities at the Sellafield nuclear site in Cumbria in North West England.

With the completion of the Scott Wilson transaction, URS also will add significant international projects outside of the U.K., including the Delhi-Mumbai Industrial Corridor Development in India, Haramain High Speed Rail in Saudi Arabia, and MTR Shatin to Central Link in Hong Kong.

“The acquisition of Scott Wilson opens the door to numerous new opportunities for URS in major international infrastructure markets,” said Martin M. Koffel, chairman and CEO of URS, in a prepared statement. “URS now is among the top ten U.K. engineering firms by revenue, with capabilities in critical infrastructure markets, including transit, high-speed rail, roads and bridges, airports, and ports and harbors.

We also have expanded our capabilities in other key geographies outside of the U.K. and Continental Europe, such as China and India, two of the fastest growing economies in the world. With Scott Wilson’s technical depth and talented team of professionals around the globe, URS is well positioned to support public and private sector clients worldwide on their largest and most complex infrastructure assignments.”

He will oversee from London URS’ Infrastructure & Environment business for the U.K./Ireland, Europe, Middle East, India and China.

“We are looking forward to providing our clients with access to a larger global footprint and the ability to meet their needs across a wider range of services and sectors, including the nuclear power market, which is a key strength for URS,” Blackwood says in a written press statement. “Our employees will be able to participate in larger and more complex projects, as well as benefit from further investment in new areas of expertise.” 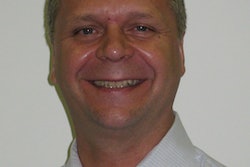 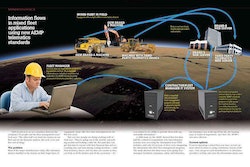 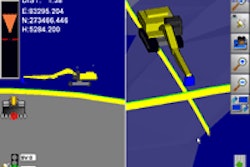