The nation’s construction industry added 14,000 jobs nationwide in April, according to the Labor Department, marking the first back-to-back monthly gains in that sector since 2006, the Los Angeles Times reports.

In all, 29 states gained construction jobs that month, according to data released Friday by the Associated General Contractors of America, according to the LA Times report.

Although building jobs have not yet begun to pick up in California, according to the report, the industry here has shown improvement: The value of permits in California’s private building industry totaled $2.2 billion in March 2010, up 8.1 percentfrom the same period last year and 29 percent  from February, according to the Construction Industry Research Board, the LA Times report noted.

The number of residential building permits issued in the first three months of the year was up 29 percent from the same period last year, according to the LA Times. 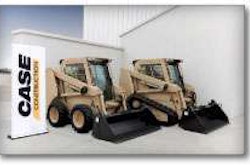