Last month, I had the pleasure of attending the BCS National Championship game with my brother to experience our beloved Alabama Crimson Tide winning a record 13th national championship in the historic Rose Bowl. Alabama has a storied past in the college football world, largely built in the years when we had a pretty famous football coach named Paul “Bear” Bryant.

Coach Bryant was often accused of having a boring offense compared to the spread out, high flying, pass-oriented game more teams play today. He concentrated on establishing the running game early in the game and pretty much stuck to it if it brought his team a victory.

In one of his weekly press conferences, a reporter once asked him: “Coach, why don’t you open it up and pass the ball more this week?” Coach Bryant replied: “Cause I’m gonna dance with the one who brung me here.” A generation later, Alabama’s current coach Nick Saban told his team to “do what we do and be who we are” prior to winning the championship last month.

As we dig out of the challenges of the past couple of years, most of us will remember who hung in there with us in the tough times and we will reward them with our business as the economy improves.

Relationships are more important in today’s business climate than ever before. As we dig out of the challenges of the past couple of years, most of us will remember who hung in there with us in the tough times and we will reward them with our business as the economy improves. It may be the banker who let you slide a few weeks on your excavator payment, your employees who took pay cuts to help weather the storm, or that loyal equipment dealer salesperson who continued to stay in touch if only to offer a listening ear when things weren’t so rosy.

We work hard at Equipment World to build and maintain relationships with our readers, advertisers, agencies and the industry. We never want to take them for granted and start opening up our high flying passing game. We’re satisfied with “dancing with the one that brung us, doing what we do, and being who we are.” Not bad advice for anyone to follow. EW 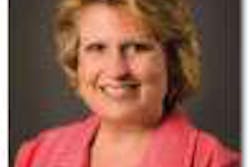 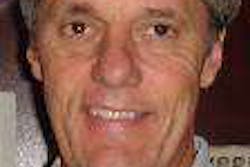