Contractor stresses importance of parts and service, tells equipment manufacturers: “You’re only as strong as your weakest dealer” 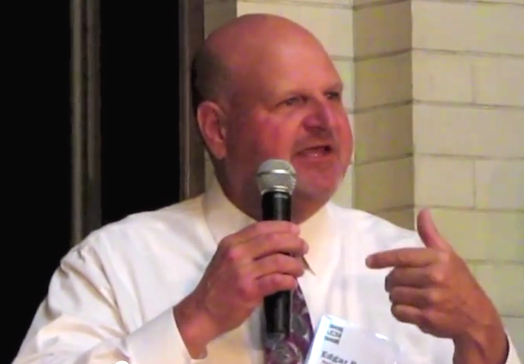 “You’re only as strong as your weakest dealer,” said Butsch, who oversees seven equipment shop and yard facilities for Mortenson, a diverse national construction firm. “We say the buy is only 25 percent of the deal; 75 percent of the deal is parts and service. If you don’t have that, you have nothing.” Butsch made his comments during a panel of agricultural and equipment users at the seminar.

“Over the past 10 years the word ‘partnership’ has been overused,” Butsch said. “When we have national account meetings with our manufacturers, I tell them, if you are truly a partner, what are you doing for me? It’s not just selling something.”  Butsch says he looks for manufacturers who are intent on helping him survive, rescuing him if the situation calls for it, and letting him know they will support him.  “Have the attitude, ‘what happens if they go out of business and they’re our only partner?,’” he says.

Butsch cited two examples where dealer support proved critical. Mortenson buys between 12 to 15 rough-terrain forklifts at one time, positioning them in jobsites from California to Texas to the East Coast. The company discovered one lemon in a batch: they were spending more on maintenance on that machine than all the other machines combined. “I asked the manufacturer to buy it back, but they wouldn’t,” he relates. “My dealer bought it back.”

He also cites a survey firm with a “top notch salesman. He delivers, he comes out to train my guys, and he asks questions, he doesn’t belittle them and he gives them the opportunity to understand the full functionality of the unit.”

Technology comes with its challenges

While technology is driving equipment development, Butsch urges manufacturers to consider the human element. “We have some very skilled people, but they may not be moving as fast as the technology. There’s also a huge training gap at the dealership level.”

“If it’s a mechanical issue, you can generally dive into it,” Butsch said, “but if its computer controlled …. it’s not unusual for a machine to have three computers on board, so which one is it? You have to buy the diagnostic tool, you have to have the software to support it, and you have some familiarity with it. We like the cool stuff, it’s like a Big Boy Game Boy, but we have our challenges on how we are going to fix it.”

Mortenson’s size usually means it uses national accounts to contract with equipment suppliers. “I like the feedback it gives me,” Butsch says.

He’s asked for exit doors on either side of a cab and all service points on one side of the machine – for safety as well as convenience. Slips and falls are one of the biggest hazards in construction, he reasons, so having it on side can cut climbing up and down equipment by half.

He also cautions: “While a manufacturer may add something to a machine that’s really cool, it may not add any value to us.”

For more on Butsch’s remarks, see the video above.