United Rentals has announced its plans to acquire the assets of Ahern Rentals for $2 billion in cash, a deal unanimously approved by the company’s board of directors.

United will absorb 2,100 employees and 106 locations in 30 states from Ahern, the eighth-largest rental company in the U.S. Ahern had $887 million in total revenue for the 12 months ended September 30, 2022, with an EBITDA of $310 million. The independent family-owned equipment rental company was founded in 1953 by John Ahern, the father of current CEO Don Ahern.

The deal does not include any of the other 20 brands under the Ahern Family of Companies, such as Snorkel or Xtreme Manufacturing, a spokesperson from United Rentals told Equipment World.

According to the news release, the acquisition will increase capacity for United Rentals in key geographies, with concentrations on both U.S. coasts and in the Gulf region. It will also expand the fleet available to United Rentals customers by over 60,000 rental assets with an original cost of $1.85 billion, as well as approximately $145 million of non-rental fleet.

“Our acquisition of Ahern Rentals supports our strategy to deploy capital to grow the core business and drive shareholder value,” Matthew Flannery, chief executive officer of United Rentals said. “We view ourselves as the ideal owner of these assets within our network, as customers will benefit from the combination of the two organizations moving forward together. We’re leveraging our competencies in larger-scale M&A to augment both our near- and long-term earnings power.”

Flannery continued, “Our integration playbook is underway so we can prepare the acquired branches to take full advantage of our systems and operational capabilities and gain from our employee and customer-centric culture. I look forward to welcoming our new team members upon the closing of the acquisition.”

Don Ahern added, “I’m proud of what we’ve built at Ahern Rentals over nearly seven decades, and I’m extremely pleased that the combination with United Rentals will take the business forward in this next chapter of growth. I want to thank our employees for driving the results that make this transaction possible. This is a strong outcome for both organizations and our customers.”

United Rentals listed the following additional strategic and financial value points as the rationale behind the purchase agreement:

The transaction is expected to close prior to year-end 2022 and is subject to customary conditions. With more than 1,400 locations and 22,100 employees, United Rentals is the largest equipment rental company in the world. 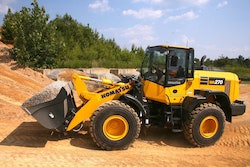 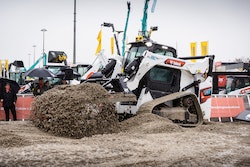 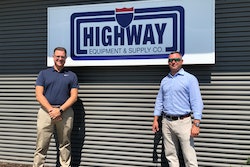