Komatsu Limited reported a 29.8% increase in net sales of construction, mining and utility equipment during its 2021 fiscal year ending March 31, 2022.

In North America, demand was driven by residential and nonresidential construction, as well as infrastructure construction. Demand for rental equipment continued to recover, and the energy sector began to grow.

This demand had a significant impact on segment operating income, which rose by 91.8% from last year prompted by expanded sales volume and improved selling prices in many regions, as well as the positive effects of foreign exchange rates, reports Komatsu.

Despite higher material prices and logistics cost increases, Komatsu is projecting sales of its construction, mining and utility equipment to grow 8.4% in the 2022 fiscal year compared to 2021, with the strongest growth in North America and Asia.

Forecasts for Asia exclude Russia, its neighboring countries and China. The company said it expects to sell only local inventory and already shipped goods as of March 2022 into the Russia-Ukraine region.

Komatsu also highlighted several product and technology introductions that took place during the year, including: 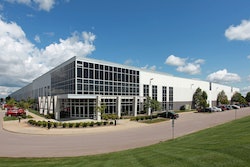 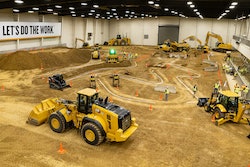 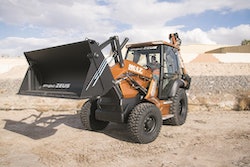 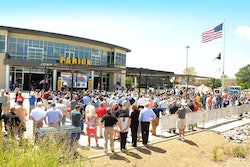