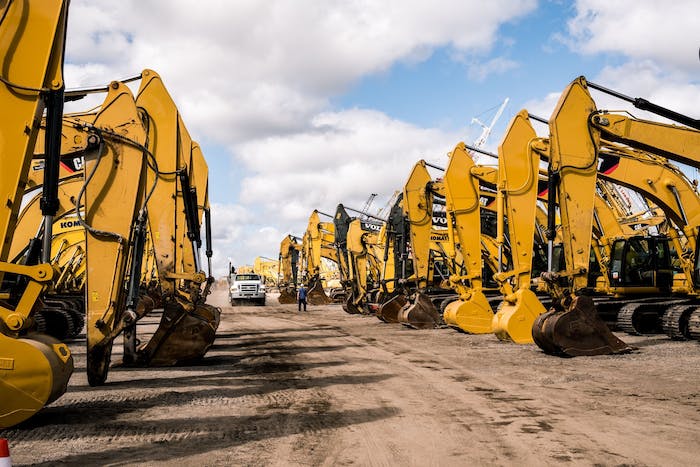 Retail prices for used heavy equipment jumped 2% in March, making that a 24% increase over the past 16 months.

Auction prices continue to trend upward, rising 2% in March after a significant 5% increase in February. 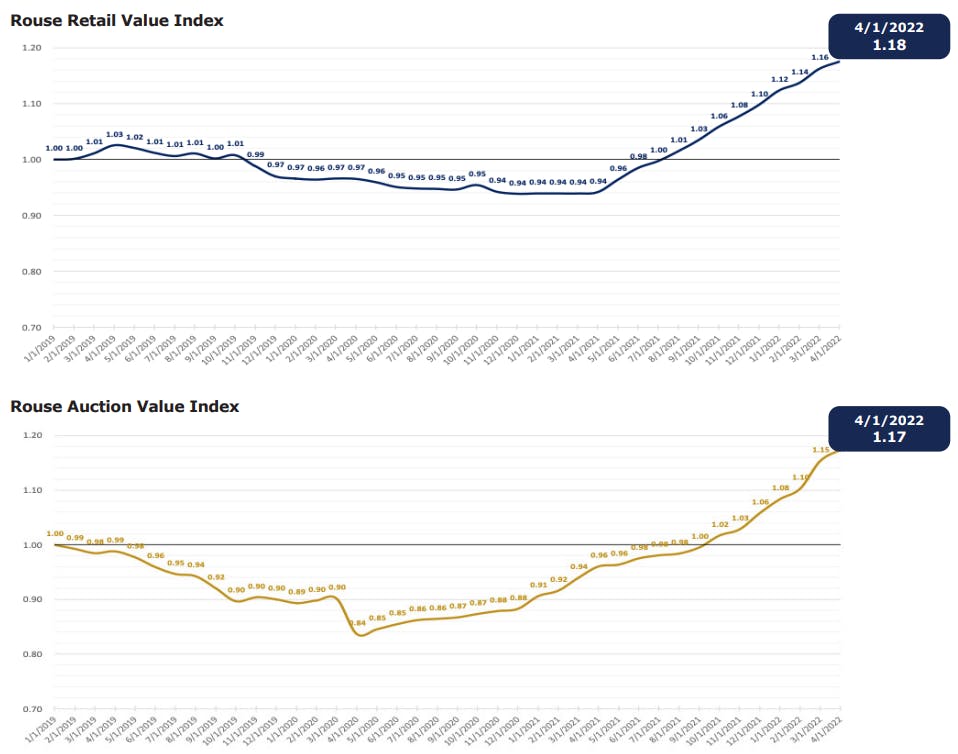 Meanwhile, used equipment volumes were down 23% during the first quarter of 2022 compared to 2021, and the median asset age of equipment sold is older compared to the onset of Covid-19 in 2020.

Truck volumes have dipped so low in the U.S. that all units available are being purchased by U.S. buyers, compared to some traditional sales into Canada and other foreign markets.

Ritchie Bros. Financial Services says for the first time in its history it has surpassed $1 billion in open credit approvals from customers looking to buy used equipment and trucks. The number of finance applications submitted increased 18% year-over-year.

Cat leads in sales and price

While inflation drove up prices on dozers and large earthmoving equipment in the U.S. this month, increasing 18% and 20% respectively, rates have slowed for other categories.

On average, approximately 22% of all excavators sold in the United States during this time frame were sold to in-state buyers, while 55% went to out-of-state U.S. buyers, and international buyers purchased 23%.

When looking at U.S. dozer sales, Ritchie sold four times more Caterpillar units (315+) than John Deere (75+). Komatsu again rounded out the top three with 55+ units sold by Ritchie in the first quarter. The top Cat models sold were the D6NLGP, D5K2LGP and D8T.

On average, approximately 16% of all dozers sold in the United States during this time frame were sold to in-state buyers, while 62% went to out-of-state U.S. buyers, and international buyers purchased 21%.

Caterpillar also garnered the highest median price in most categories. However, Ritchie notes that brand-to-brand comparisons are not apples to apples due to different capacity levels. 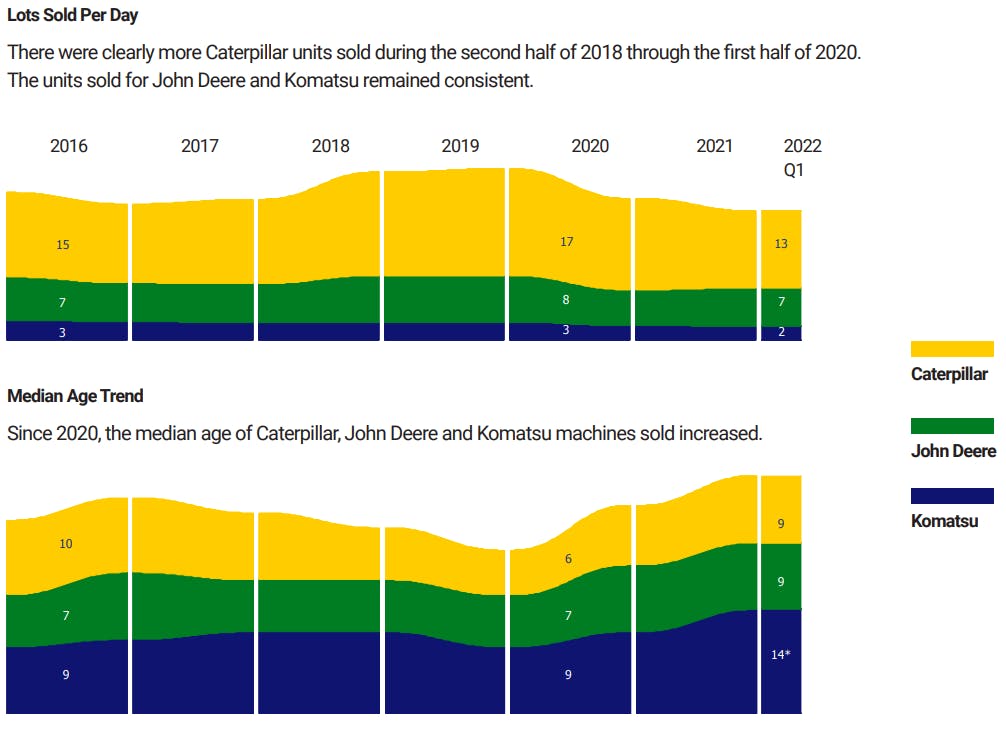 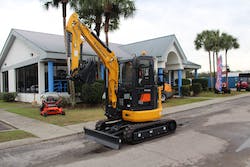 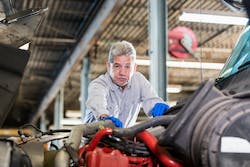 The State of Diesel Technicians: 2022 Pay and Benefits Report 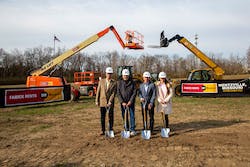 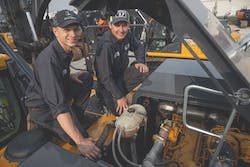