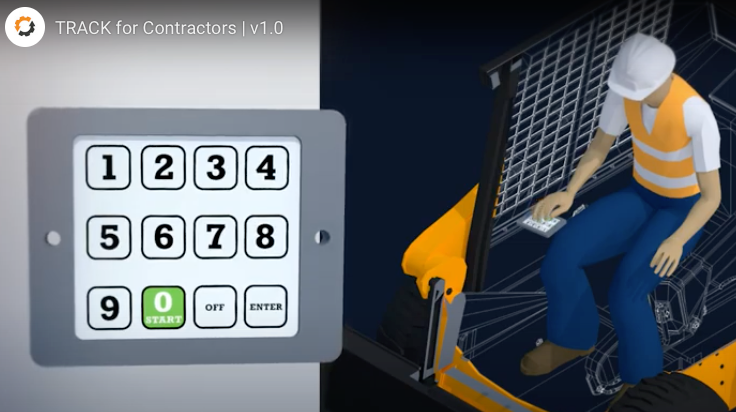 Ahern Rentals is claiming rival EquipmentShare has infringed on a patent it purchased in September, the latest in a series of disputes between the companies that include allegations of employee poaching and misappropriating trade secrets.

At the heart of Ahern’s newest complaint is U.S. Patent No. 9,193,330, referred to as the  ‘330 patent. The patent was owned by Daniel Abshire with Lift Service Now, a small aerial lift service company in Tomball, Texas. Ahern says it now owns the 2015 patent, including the right to recover past and future damages.

The ‘330 patent is described in the complaint as “a method of controlling and monitoring operation of a rental machine having a keyless start arrangement to activate the machine.”

The ‘330 patent device combats unauthorized use by requiring an access code that matches the stored authorization code in order for keyless start of the engine, says the complaint. It also gives equipment owners the ability to remotely lockout users.

The  complaint alleges original patent holder Abshire met with EquipmentShare personnel in Tomball, Texas, after hearing of the company’s interest in his patent. According to the complaint, during the 2016 meeting Abshire unwittingly gave away critical information to EquipmentShare because he thought the company wanted to use the patent.

Armed with the information gained from Abshire during the meeting, the complaint says, EquipmentShare was able to solve connectivity problems with its EquipmentShare Track system and introduce it to the marketplace. It did so without including Abshire.

EquipmentShare also filed its own patent, still pending, that “contains claims that are strikingly similar (if not identical) to the inventions disclosed in the ʼ330 patent,” says the Ahern complaint.

“In developing the ES Track platform, EquipmentShare determined that mechanisms similar to the one described in Ahern’s patent would not be a practical solution for our customers and we are not currently aware of any company that utilizes the claimed mechanism,” the company further stated.

The complaint also provides insight into an accelerating dispute between the two companies.

In the complaint, Ahern alleges that EquipmentShare “engaged in a concerted plan to build brick-and-mortar locations through targeting Ahern and its employees who possess decades of experience in the marketplace.”  The plan, Ahern further alleges, involved “making misleading and defamatory statements about Ahern, poaching Ahern employees and misappropriating Ahern’s valuable trade secrets.”

In a press release issued about the suit, Ahern says EquipmentShare took advantage of Ahern’s lack of non-compete agreements to poach 200 to 300 Ahern employees.

The patent infringement lawsuit is the latest in a series of complaints Ahern has filed against EquipmentShare. Schedule A of a judicial panel transfer order in August lists 10 different actions Ahern has brought against EquipmentShare and/or its employees that are pending in Arizona, California, Colorado, Nevada, South Carolina, Texas, Utah and Washington. The list does not include this latest litigation, which was filed in the Eastern District Court of Texas.

Moving to centralize the litigation, the judicial panel said the actions “share factual questions arising from allegations of a nationwide scheme by EquipmentShare to capture market share in the equipment rental business from Ahern by (1) luring away its employees and customers, and (2) using Ahern’s confidential and proprietary information and trade secrets.”

EquipmentShare told Equipment World: “EquipmentShare is proud of its record of continuing to attract top quality employees and new customers by offering a superior working environment and better products and services than the competition. Instead of offering better working conditions and services to retain employees and customers, Ahern has instead resorted to filing multiple lawsuits against EquipmentShare and former Ahern employees in a transparent attempt to accomplish through litigation what it cannot through fair competition.”

“Using confidential or trade secret information for any reason is something that is actionable by applicable law and that’s the reason we have lawsuits out there,” Bakdash says. “We don’t file these lawsuits willy nilly,” he continues. “We believe that there’s significant harm that has been perpetuated on this due to the unauthorized disclosure of confidential information.” He declined to give further specifics, citing the pending litigation.

The judicial panel order notes that Equipment Share has also filed a suit against Ahern, alleging among other things that Cory Rosencranse, Ahern’s chief development officer, feigned an interest in being employed by Equipment Share and illicitly recorded a conversation with the company’s CEO.

Las Vegas-based Ahern Rentals currently operates more than 90 locations across more than 30 states and offers more than 59,000 rental items to customers in several sectors, including construction, says the Ahern complaint. EquipmentShare, based in Columbia, Missouri, has nearly 2,000 employees at more than 70 locations, which include equipment and service yards, research and development sites and administrative offices, according to the company.