While U.S. and Canadian used equipment values in general continue to be lower compared with the same period last year, the rate of decline remains moderate, says Ritchie Bros. in its August market trends report. 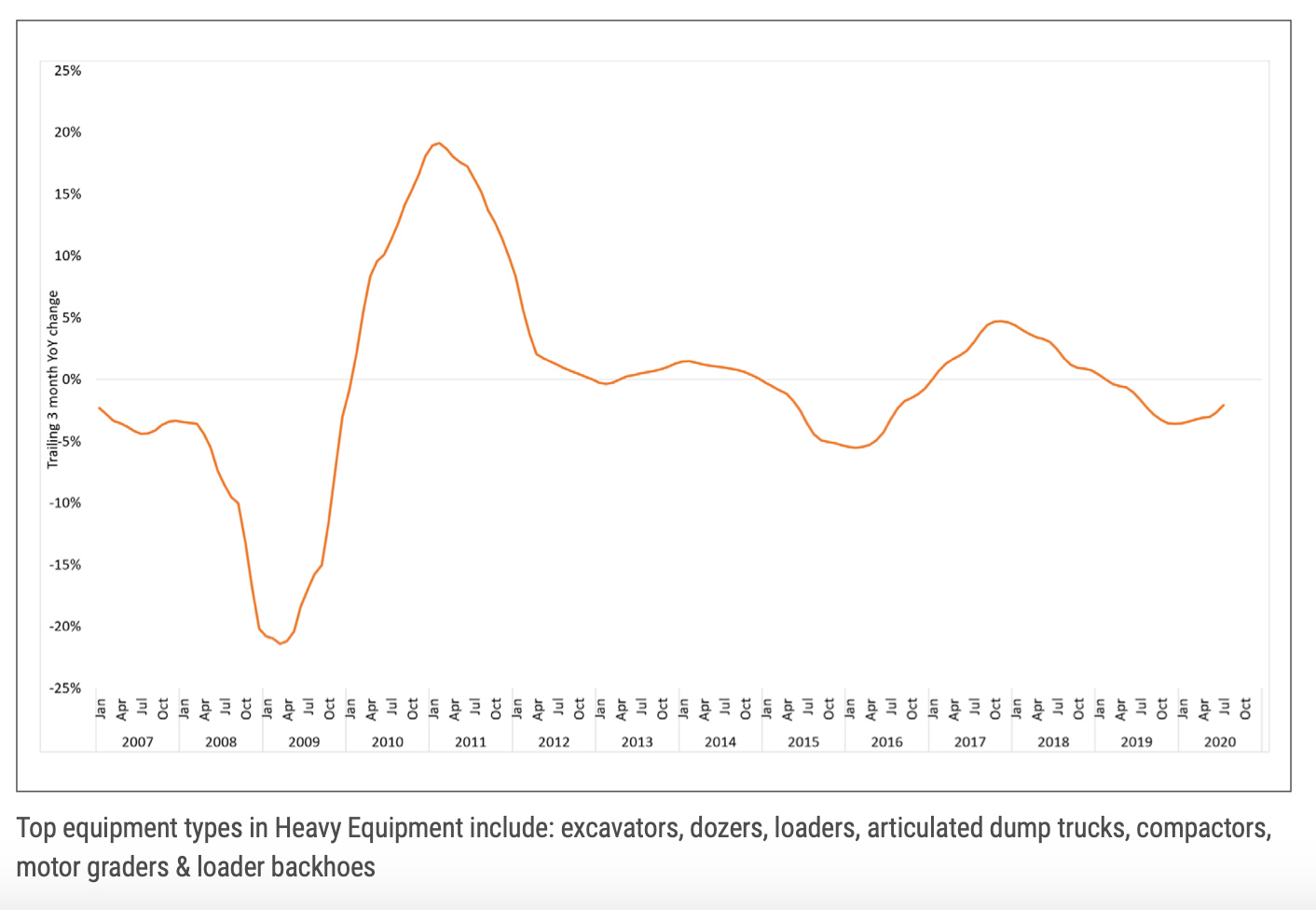 In the three months ending in July, Ritchie says prices for used heavy equipment declined on whole around 2 percent, compared with the same period last year.

Prices in the lifting/material segment — cranes, booms, scissors, telescopic handlers and forklifts — declined around 4 percent compared with the same three-month period in 2019.

A look at top brands sold at Ritchie Bros. auctions in both 2019 and through the first half of 2020. Source: Ritchie Bros.

Top brands sold in Ritchie sales from 2019 through June 30, 2020 include Cat, Deere, Komatsu and Volvo, with Cat taking the top four spots in specific models sold: 336E L, 336F L, 349F L and 320E L. Delving into Ritchie’s Florida sales, 81 percent of the excavators sold left the state and another 18 percent were exported to Asia, Canada, Europe and South America.