Craig Paylor, former president of JLG, was looking to add some scissor lifts in 2018 as an additional revenue stream to his truck distribution business. But he couldn’t find any to buy.

“The market was superheated,” he says. “I couldn’t even get anybody to talk to me about selling me scissors.”

He figured that as JLG’s former top executive, if he couldn’t find scissor lifts, others were having problems as well. So he started looking around on the international market, eventually homing in on China, where he knew some new products were being launched.

Trees, brush – even rocks – are no match for these landclearing attachments

When it’s time to clear some land, contractors have a variety of construction equipment attachments to handle the job.

The move is part of the company’s recently announced rental and used equipment initiative.

Snorkel plans to unveil the world’s longest self-propelled telescopic boom lift at ConExpo 2020, with a platform height of 210 feet.

The 2100SJ telescopic boom lift – to be displayed at booth F6962 in the Festival Grounds – would also have the longest horizontal outreach, of 100 feet. It is compliant with new ANSI standards set to take effect March 1 for mobile elevating work platforms, or MEWPs, the company says. Appeals of those standards, however, could delay their effective date.

Hyundai Construction Equipment says it has joined forces with Hyundai Motor Group and Hyundai Mobis to develop what it says is the world’s first hydrogen-powered construction equipment.

The three Hyundai entities have signed a memorandum of understanding to develop hydrogen-powered forklifts and medium and large hydrogen-powered excavators, with a 2023 mass production and distribution target deadline. 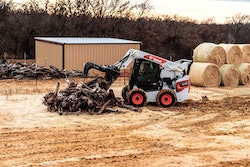 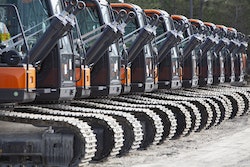 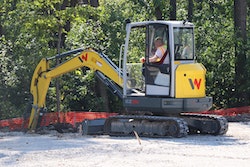