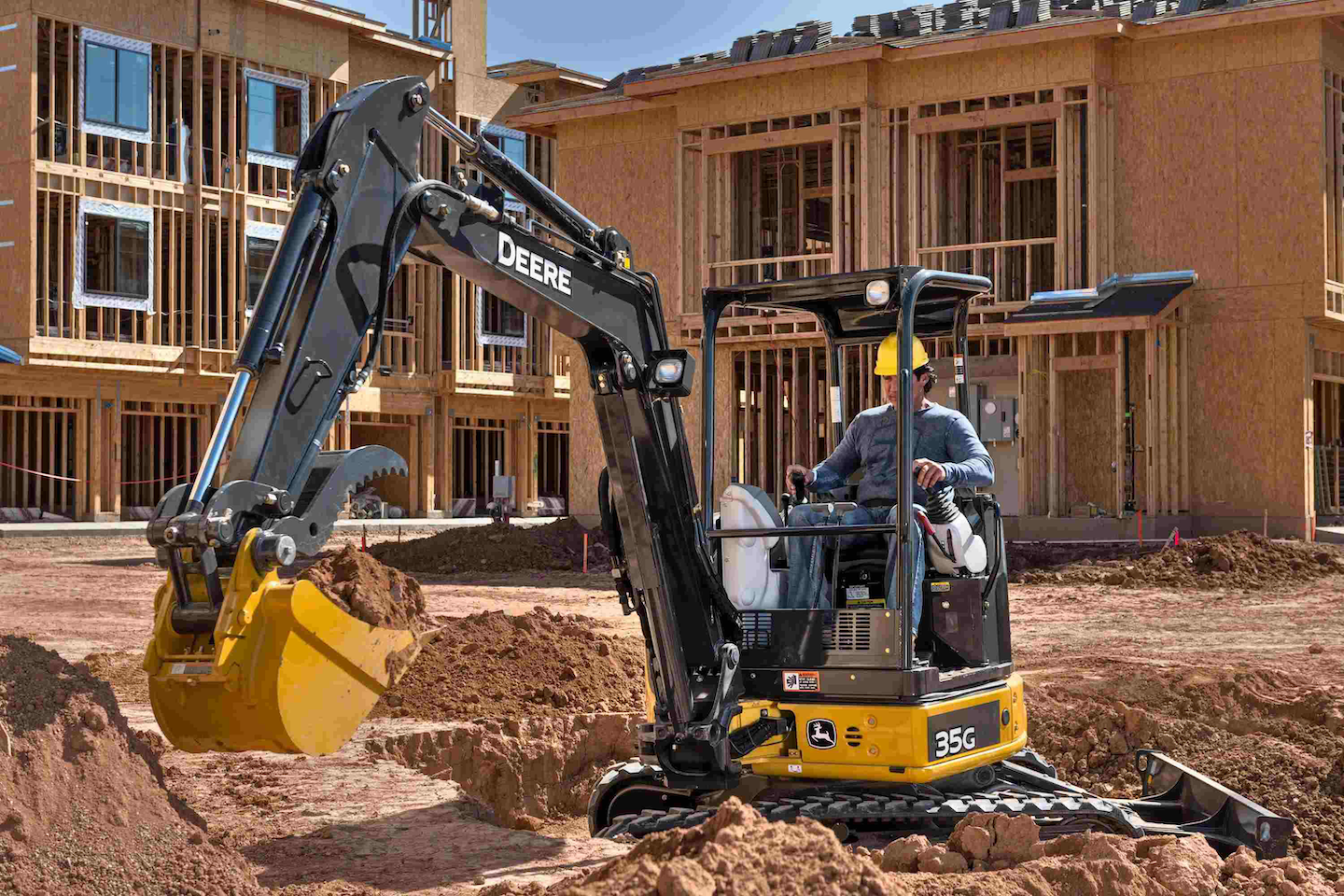 Although compact track loaders dominated the number of units financed in 3Q 2019, the number of compact excavators such as the Deere 35G grew at a faster pace compared with 3Q 2018.

On the downside, three machine types showed double-digit decreases during the quarter: dozers (down 16 percent from last year), and skid steers and wheel loaders, each down 12 percent. 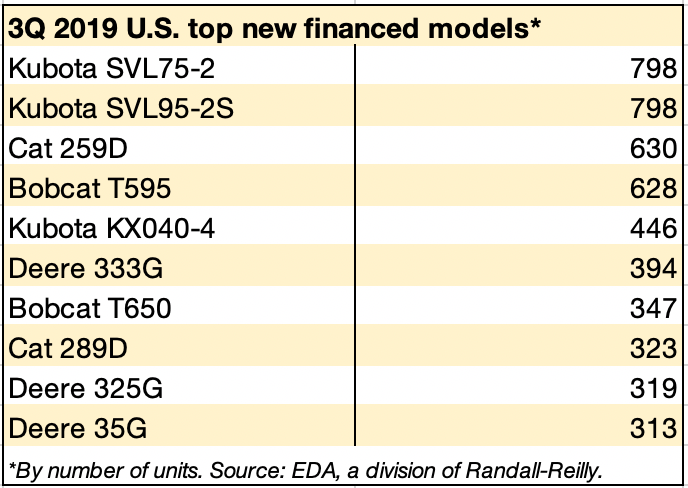 Buyers financed 7,984 new CTLs in the quarter and nationally, more than 2,000 CTLs were sold than compact excavators, the next highest type of machine financed.

CTLs represented the majority of the top models financed (in number of units) during the quarter:  eight out of 10 of the top sellers were CTLs.

Only three brands saw gains in the number of units financed in the 3Q 2019 compared to the same period last year, the most significant being Kubota, which saw a 20 percent increase. Other gains were more modest: Deere, 7 percent; Ditch Witch, 5 percent; and Cat, 1 percent.

New Holland saw the largest drop in number of units financed for the quarter, posting a 23 percent decrease from 2018 to 2019. Volvo (down 12 percent) and Komatsu (down 11 percent) also had double-digit decreases.

Depending on the type of machine, financed machines can represent 40 to 75 percent of the total number of machines of that type sold in the United States. Not included in these numbers are machines bought by cash or letter of credit.

EDA reports are continually updated, and these numbers, while representing the majority of the 3Q 2019 results, may have changed slightly since this data was pulled in early December.

For purposes of this report, we follow the U.S. Census Bureau’s divisions as follows: