When she joined, Humphries says she immediately felt the energy of the dealership and was impressed by how fast they were growing. “I just wanted to be part of that positive environment,” she says.

Big Iron Dealer: How did you made your entrance into the equipment industry?

Humphries: I wanted to work for this company — it was a position that I truly wanted. It was a good company and I just went after it, but to be honest with you, it had nothing to do with the fact that it was in the construction industry. It had everything to do with the company.

I’ll tell you a funny story: When I first came for my first interview and I drove up onto the lot, their backhoes were parked out front and I said to myself, “Oh, my son has one of those on his dresser.” That’s how much I knew about the construction industry!

Big Iron Dealer: Apart from the Associated Equipment Distributors — which you’re very active in — as well as manufacturer dealer networks, where do you find inspiration or ideas for the business?

Humphries: I like the, “Harvard Business Journal.” Savannah’s got a very good economic outlook––Mike Toma with Armstrong University puts out a newsletter that I’m a member of.  I stay current on everything that’s going on in the economy. I read the weekly Kiplinger Letter and also “Construction Equipment Guide.”

Big Iron Dealer: What is one of your mantras – some piece of wisdom you live by and would like to share with others?

Humphries: The most important lesson I’ve learned is, take your time when it’s a big decision. It doesn’t have to be made right now. Stop. Think about it. Weigh the pros and the cons. What is the long-term effect and does that match the goals you have for your company?

When you make decisions shooting from the hip and then it doesn’t work, the next week you’re making a different decision and then that doesn’t work; so you make another decision. Pretty soon, you’ve got your employees running around like chickens with their heads cut off. They don’t know what their role is or how they’re supposed to do it.

If you take your time, think it through from start to finish, you probably will come up with the right decision, or at least a better decision than the one you made shooting from the hip.

If it’s not on fire, I promise you it can wait.

Humphries: You have to lead by example. You can’t expect people to do things you’re not willing to do yourself.

And you have to be patient when you’re working with people. No two people are alike and no two people are motivated by the same things. You have to know how to motivate your team — know what motivates the individual and know what learning tactics work best for them. It might not be the way you learn, but you have to learn how to help them learn in a way that suits their personality.

Big Iron Dealer: What’s the most serious pressure or challenge you have today?

We’ve been talking about the technician shortage for years but now it’s actually hitting us.

I’m starting to see more positive energy being put into it, but it had to become a crisis before that happened. The Pell Grant has been passed and that allows two-year technical college students to get financial aid just the same as if you went to a four-year college. And there’s a lot more play on media now making people aware that this is a real issue.

Our generation pushed our children to go to college, and some of our children are not suited for college. The sad thing is, these kids who are talented and have skill are put it into a situation where they’re going to fail. They’re made to feel inferior because they know deep in their heart they’re not suited for college. They know where their passion is, but they go off to college and then they fail … and they disappoint everyone who loves them. It’s very sad.

Big Iron Dealer: Tell us something unique about doing business in Southeast Georgia.

Humphries: Savannah runs a little bit behind the national economy so we have a little bit of a crystal ball. We know what’s coming — it’s hitting other people before it hits us.

We have the third largest port in North America. We have a lot of tourism, and we have the theater or movie industry that brings a lot of money into our community. So, these things kind of protect us economically.

I can know what’s coming and we’ve got time to prepare. Now on the downside of that, when all the other dealers are talking about how things are picking back up and everything’s back on the upswing, we’re slow coming out of it. Downturns hits us last, but they leave us last.

Humphries: Our customers are positive about the construction projects that are in the loop right now. But they’re scared of the Tier-4 engines.

What customers used to be able to do or hire someone on their staff to do, can no longer be done. We’re talking about a large investment, such as a $300,000 excavator. With Tier 4, customers are intimidated by the fact that they know less about how they work inside.

We’re finding that because of that a lot of customers have turned to rental as opposed to buying.

Big Iron Dealer:  What does the annual strategic planning process look like at your company? Is it a formal, structured process?

Humphries: It’s semiformal. We as a management team meet regularly beginning in September through mid-December. We just tackle one nut at a time, but we collectively talk about some things that we would like to implement for the upcoming year. Where we think the economy’s going to turn, whether parts and service will be up or down, and whether used equipment and rentals going to do well. We have roundtable discussions and toss around ideas on how we could improve.

I do put in deadlines for the different nuts and bolts that need to be done. Revenue and cost of goods done by such and such a date, then expenses, then payroll and bonuses, the capital expenditures. I do it in bits and pieces like that because it can be overwhelming.

Humphries: Every department is responsible for their budget. I’m a firm believer in that. If somebody else writes your budget for you, then all year long you can just say, “They set unrealistic budgets for us.” Whereas, if you’re actually part of the budget planning, you wrote your budget, you’re going to believe in it and there’s nobody to blame but yourself.

And it’s not just the managers writing the budget; we get our departments all together on it. People who work in the departments know the improvements that need to be made. They know what’s broken and they know what’s working. By putting everybody’s heads together, everybody buys into it and therefore everybody feels like it’s achievable. 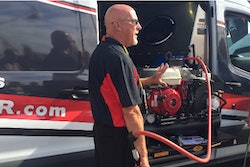 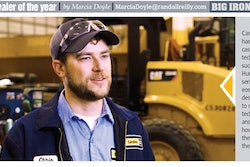 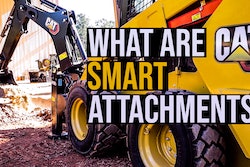