For the first nine months of the year, construction segment revenues were down 6.6 percent compared with the same period last year.

In total, the company’s 3Q consolidated revenues of $6.4 billion were down 5 percent year over year. Net sales were $5.9 billion in the quarter, down 6 percent compared to the same period last year.

“These third-quarter results, achieved in a difficult market environment, underline the rationale behind our “Transform 2 Win” Strategy which is establishing the foundation for our margin journey, as recently unveiled at our Capital Markets Day,” says Hubertus Mühlhäuser, CEO of CNH Industrial. “This strategy will also enable our business to navigate current end-market volatility and prepare our company to execute the planned spin-off of our On-Highway business – as previously announced – at the beginning of January 2021.”

“The construction equipment market remained in positive territory during the third quarter, but elevated inventory levels across the industry require a careful review of production levels, especially in the North American market during the upcoming quarter,” says the company in a release.

In other news, CNH also announced that Stefano Pampalone is replacing Carl Gustaf Göransson as president of the company’s construction segment. Pampalone comes to the position as general manager of Asia, Middle East and Africa, a role that he will retain. 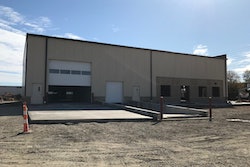 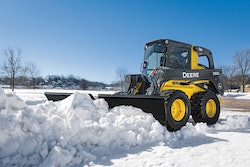 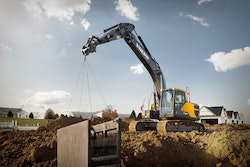