After announcing in February that it would sell its Demag crane line to Tadano, Terex says it has sold its boom truck, truck crane and crossover product lines to Load King, a subsidiary of Custom Truck One Source. Terex had made reference to a pending sale for these lines at the time of the Demag announcement.

“This transaction completes one of the portfolio actions we announced in February,” says John Garrison, Terex chairman and CEO. “By focusing on business where we have a strong market position, we can efficiently concentrate our improvement efforts to maximize value for our customers, team members and shareholders.”

Citing an increased demand for topless cranes, Manitowoc recently unveiled its largest topless model to date at the Bauma show in Munich.

“Over the past 10 years we’ve seen consistent growth in demand for topless cranes, with customers benefiting from their fast assembly and compact design, which makes it easier to get more cranes onto a job site to complete work quicker,” says Thibaut Le Besnerais, global product director for tower cranes. “Alongside this we’ve seen an increase in modular construction, with contractors needing to lift heavier loads…We wanted to be sure that any new model we launch not only satisfied demand for greater capacity, but also preserved the easy transport, fast assembly and industry-leading performance our other topless cranes deliver. The MDT 809 provides all that and more.”

New engine and hydraulic technologies on the excavators reduce fuel consumption by 8 to 10 percent from previous dash-6 models.

Customers have a choice of Cummins (1,500 horsepower) or MTU (1,542 hp) Tier 4 Final engines. A Hitachi TFOA-KK electric motor for an electric-powered shovel is an available option in the United States, the company says. The excavators can be configured for loader shovel or backhoe attachments.

Prinoth is expanding its Panther crawler carrier lineup with a new model focused on upping productivity while lower operating costs.

Introduced at the recent Bauma trade show in Munich, the new Panther T7R is powered by a 4-cylinder engine with optimizations to the transmission and electronics that, along with a lightweight design, give the machine a speed that Prinoth says “leaves the competition in its tracks.”

It’s this speed increase that Prinoth says accounts for the vast majority of the 31 percent increase in productivity the T7R is capable of when compared to competing crawler carriers in this size class.

It’s on! Cat’s Global Operator Challenge will determine best operator in the world

A little less than a year from now we’re going to find out who the superstar equipment operators of this world are thanks to Caterpillar’s Global Equipment Challenge competition, the finals of which will be held at ConExpo March 2020. 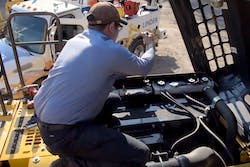 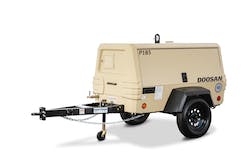 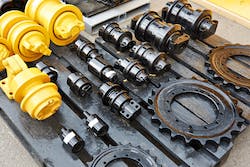 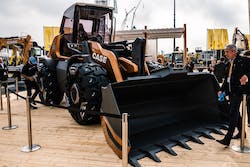