Liebherr Group on track to exceed $11.5B in revenues for first time

In 2017, the Liebherr Group achieved the highest revenues in its history to date, with total sales of 9.845 billion Euro. Looking at the first six months of 2018, the company has seen a 6.3 percent year-over-year increase, says Kristian Koch, managing director of Liebherr-International Deutschland GmbH. It is on track to exceed €10 billion ($11.5 billion) this year for first time in the company’s history.

The most significant growth is coming from the company’s mining, mobile cranes and earthmoving divisions, Koch says. In January through June this year, the company’s mining product group was up 26 percent over the same time period last year. Other segments reporting increases included earthmoving, up 10 percent, mobile cranes with a 4.1 percent increase, and tower cranes, up 4.4 percent.

As an example of the company’s growth, Koch pointed to its $45 million three-building expansion project in Newport News, Virginia, which will add on to Liebherr USA facilities established more than 48 years ago.

Asserting “our independence enables us to remain a leader in our industry,” Koch says that Liebherr leadership now consists of two second generation and six third generation members of the founder, Dr. Hans Liebherr.

Liebherr-Canada, established 45 years ago, has grown from a small excavator sales operation to a multi-line sales company offering Liebherr’s full line of products, says Tim Petersen, managing director of Liebherr-Canada. With 350-plus employees, the company division has nine locations in the country.

Headquartered in Burlington, Ontario, Liebherr-Canada has increased its revenues by more than 28 percent over the past six years, Peterson says. The earthmoving segment saw the most significant increase during this time period, growing 44 percent, followed by mobile and crawler cranes and mining equipment with 17 percent each.

On particular area of emphasis in Canada is the company’s reman operations, which remanufacture Liebherr components for Canada, Mexico and the United States. “We’ve found the new generation of owners to be both environmentally conscious and economically aware of the benefits of reusing components rather than buying new,” Petersen says.

Petersen also says that the division enjoys a 75 percent market share in the all-terrain crane business. A new entrant into Canada is Liebherr’s truck-mounted concrete pumps.

“Canada is growing and Liebherr is growing along with it,” Peterson says, especially noting the company’s expanding parts and service capabilities in the region. The division will reach its 50thyear in Canada in 2023 and expects to reach $500 million Canadian in revenues by that year. 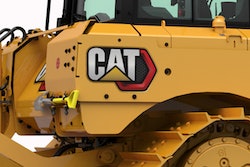 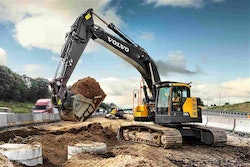 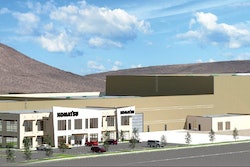 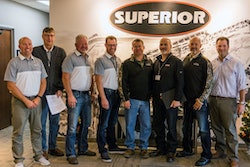