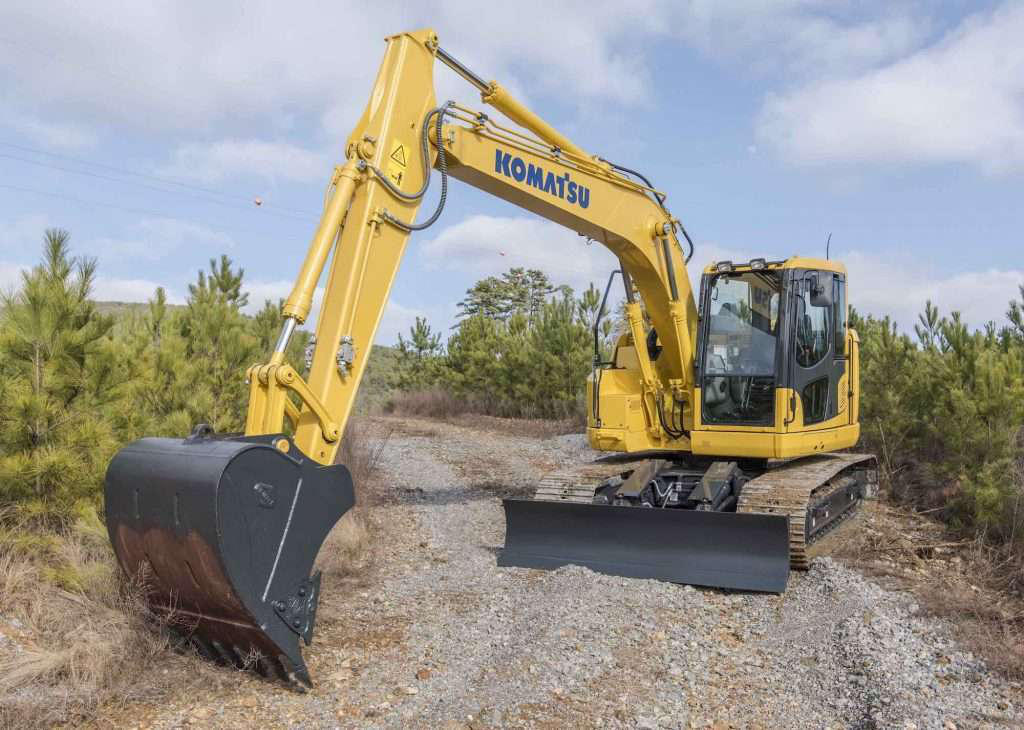 The Komatsu PC138USLC-11 was a top new excavator model financed in the first quarter of 2018.

January was the strongest month for 1Q new excavator financed sales for the past three years, averaging 1,060 units. For all three months during this three-year time period, an average of 2,575 new units were sold. 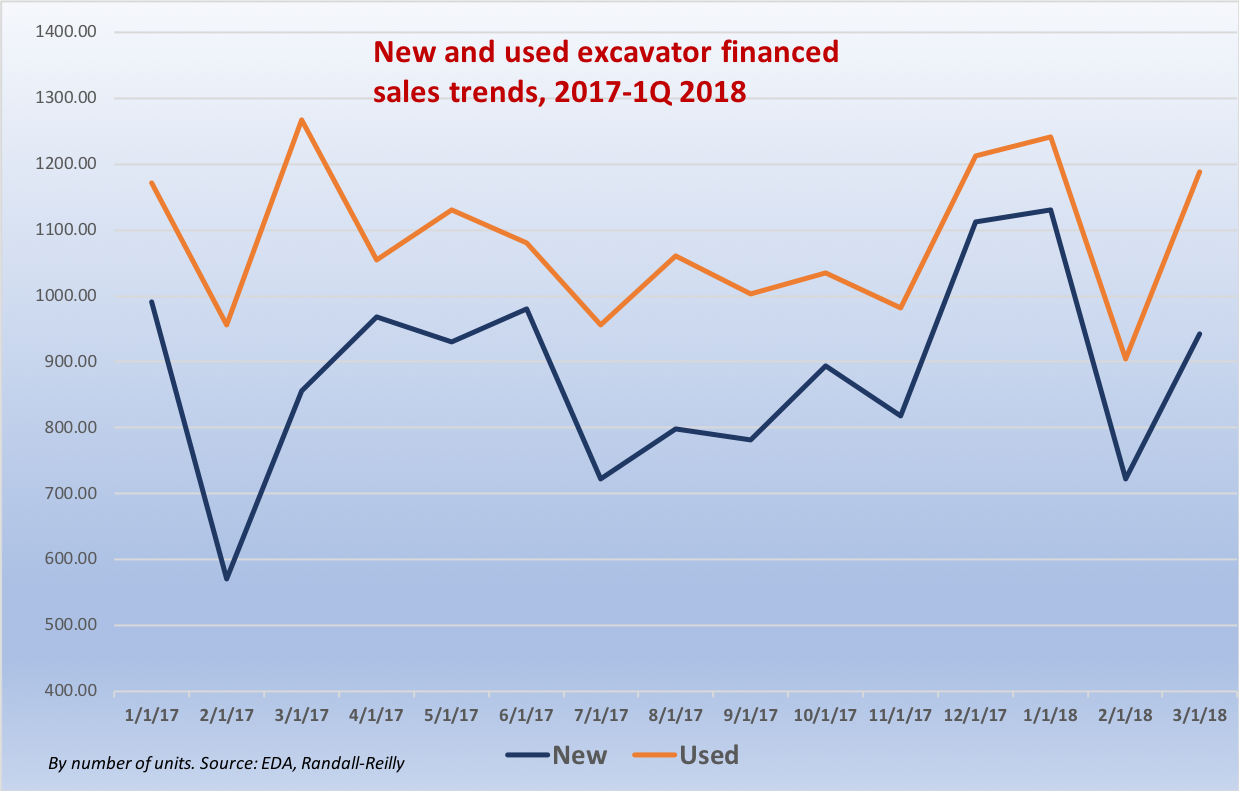 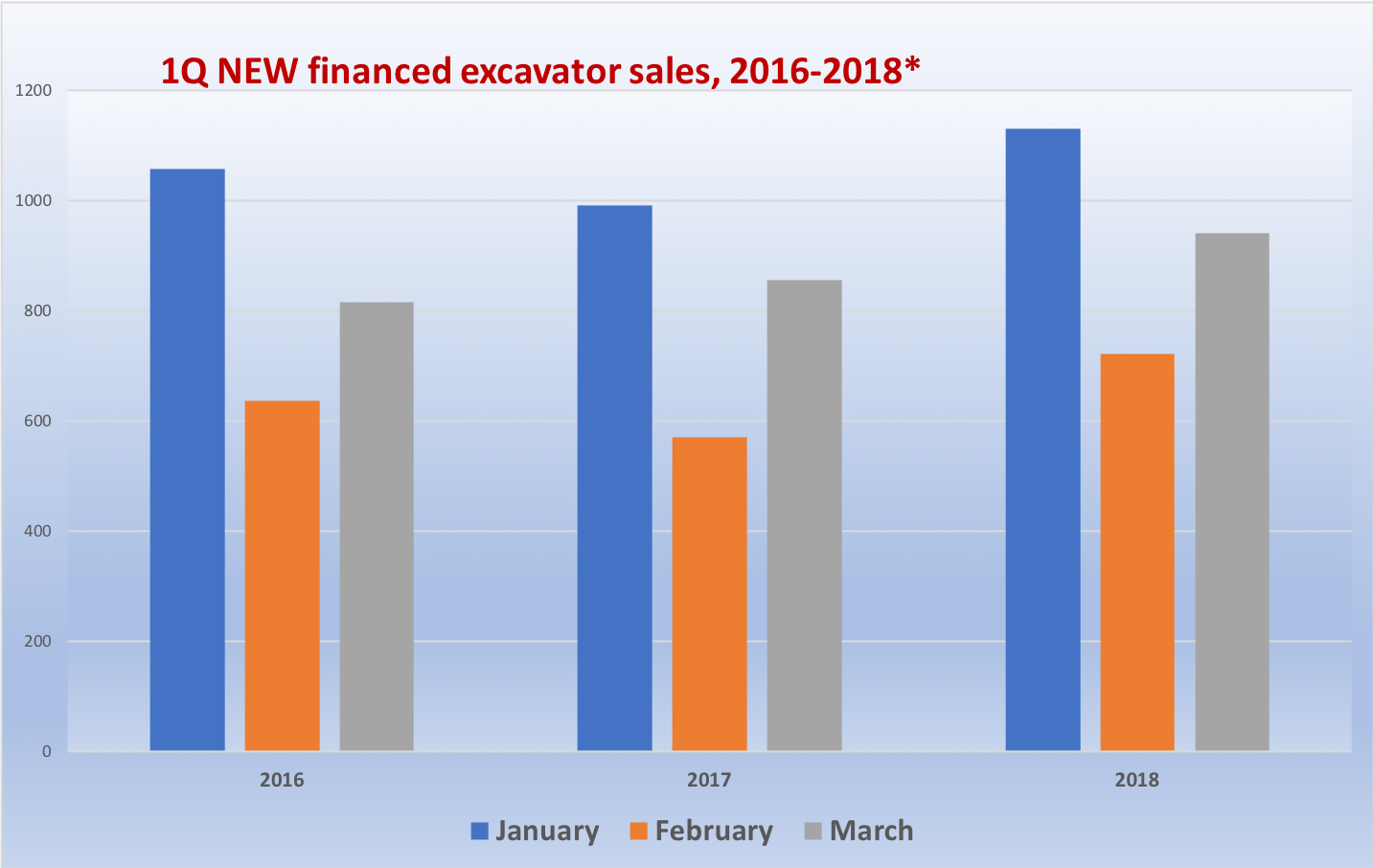 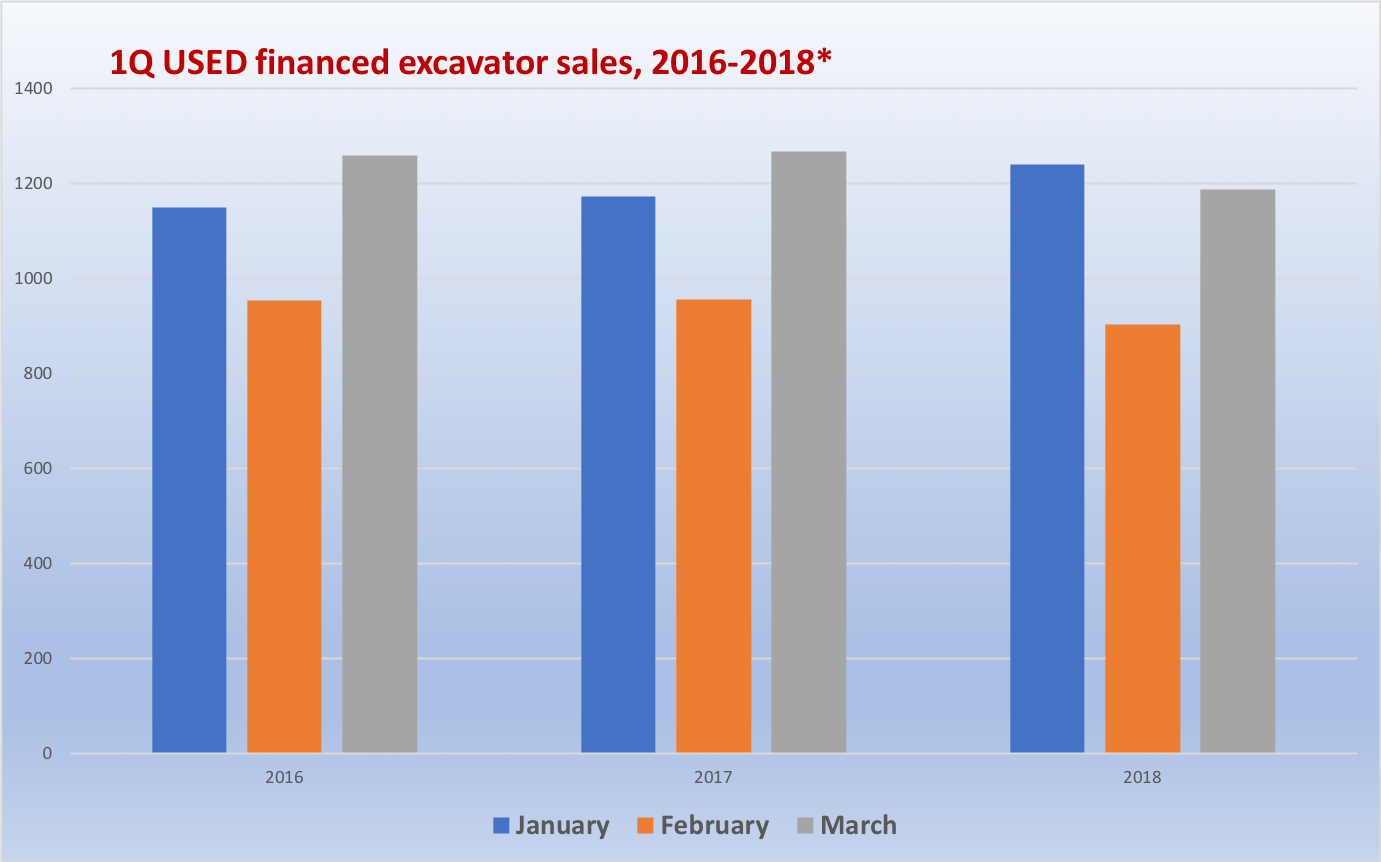 Who bought excavators in 1Q?

As with wheel loaders, it’s no surprise that buyers identified by the Excavation Work SIC (Standard Industrial Classification) code bought the most financed excavators in the quarter. Just looking at the top 10 excavator buyer SIC codes, Excavation Work companies financed 1,530 new and used excavators, and made up 37 percent of the total.  This was far ahead of buyers identified by the Water Sewer Pipeline Construction SIC code (20 percent, or 821 new and used units financed) and the Highway and Street Construction SIC code (10 percent, 425 units). 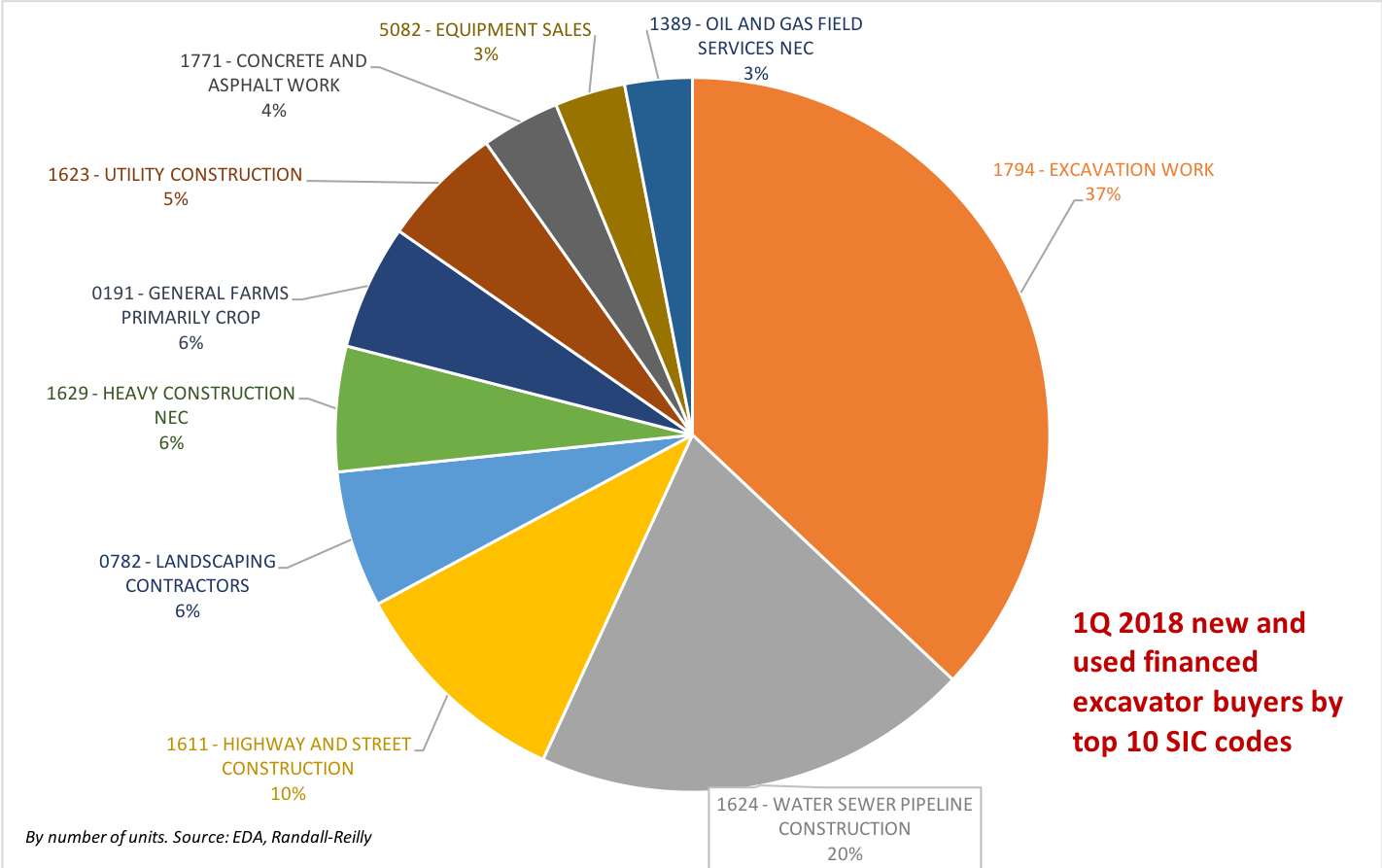 What did they buy?

After the top three brands duked it out, the No. 4 position — held by Volvo in financed new excavators and by Kobelco in used excavators — sold less than half the number of units sold by the holder of the No. 3 position.

Considering both new and used units sold during the quarter, the 460 units sold in Texas were almost double the amount sold in the next state, Georgia, where 246 units were sold. Florida came up third, with 215 units sold. 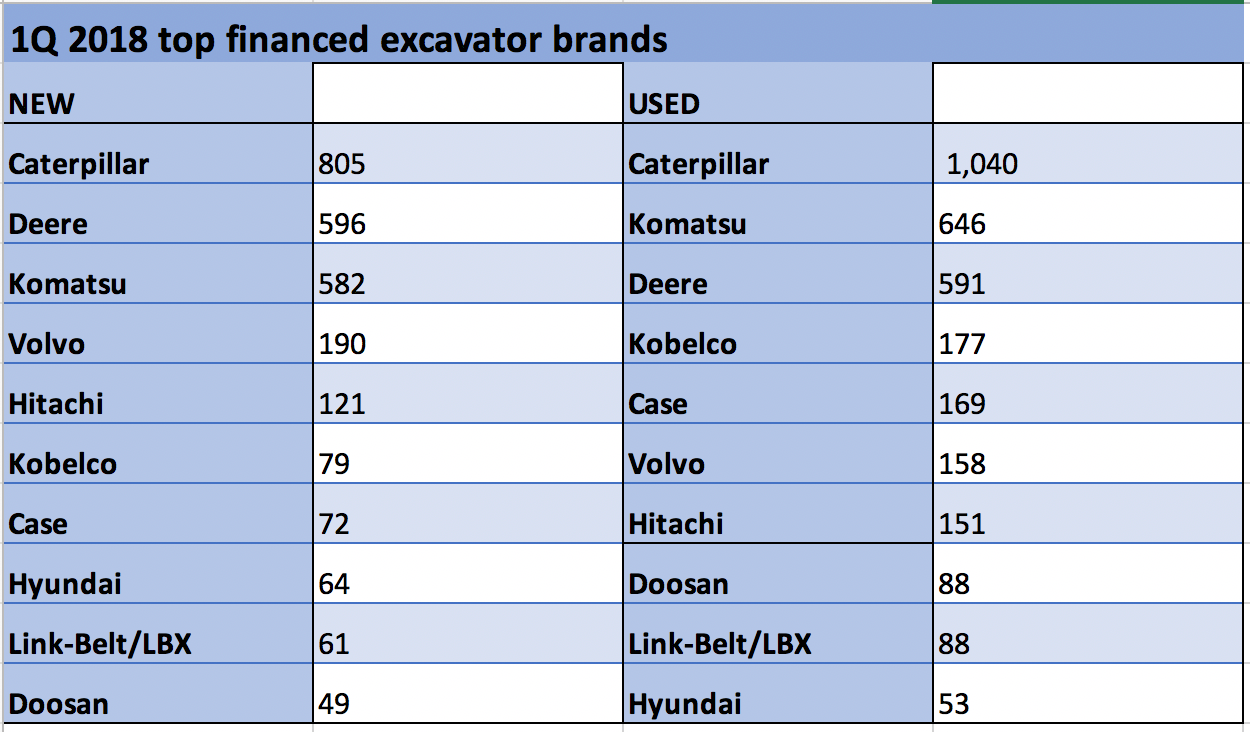 EDA reports are continually updated, and these numbers, while representing the majority of the first quarter results, may have changed slightly since this data was pulled in late June.