All of the former Nortrax facilities will operate as Dobbs Equipment, which will be headquartered in Tampa.

According to Nortrax President and CEO Tim J. Murphy, the deal “represents a key strategic move for John Deere and Nortrax,” stating Dobbs would retain all Nortrax Florida employees, “which will retain the expertise and more importantly, the relationships with Florida customers.” Adds Edward Dobbs, chairman, Dobbs Management Service: “There is tremendous growth potential for the John Deere brand in the Florida market and we plan to expand John Deere’s presence in the region through additional investment and resources over the coming years.”

The deal was negotiated through McNally Capital, which also made an equity co-investment. As to whether this agreement will lead to further divestitures in the Nortrax network, Murphy told Equipment World: “Nortrax serves at the pleasure of the Deere channel.  We have made numerous acquisitions and divestitures in our 18-year history.  Nortrax has been a successful contributor and member to the John Deere C&F network and we expect that to continue.”

The Dobbs family, according to a press release, has a nearly 100-year history of long-term investing, focusing on business-to-business services, distribution and healthcare. Among other investments, the company currently owns heavy truck distributors GWP Holdings and DPTC Holdings, which represent Peterbilt, Volvo and Mack; and Highline Aftermarket Holdings, an automotive aftermarket distributor.

Nortrax, a John Deere company, operates Deere construction and forestry dealerships throughout the United States and Canada. Based in Tampa, the company has operations in the upper Midwest and Northeast regions of the United States, as well as Eastern Canada. In 2011, Nortrax built a new 25,000-square-foot Miami facility, replacing a 40-year-old structure. In 2013, Nortrax expanded in the Midwest, buying Deere dealer Holt Equipment, based in Louisville, Kentucky, later selling these holdings to Meade Tractor in 2015. 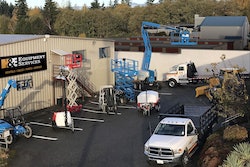 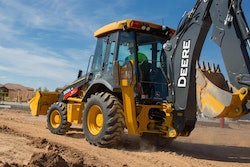 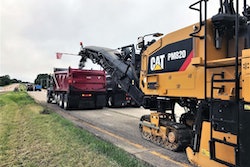 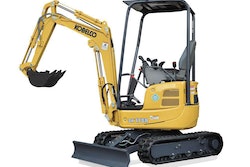