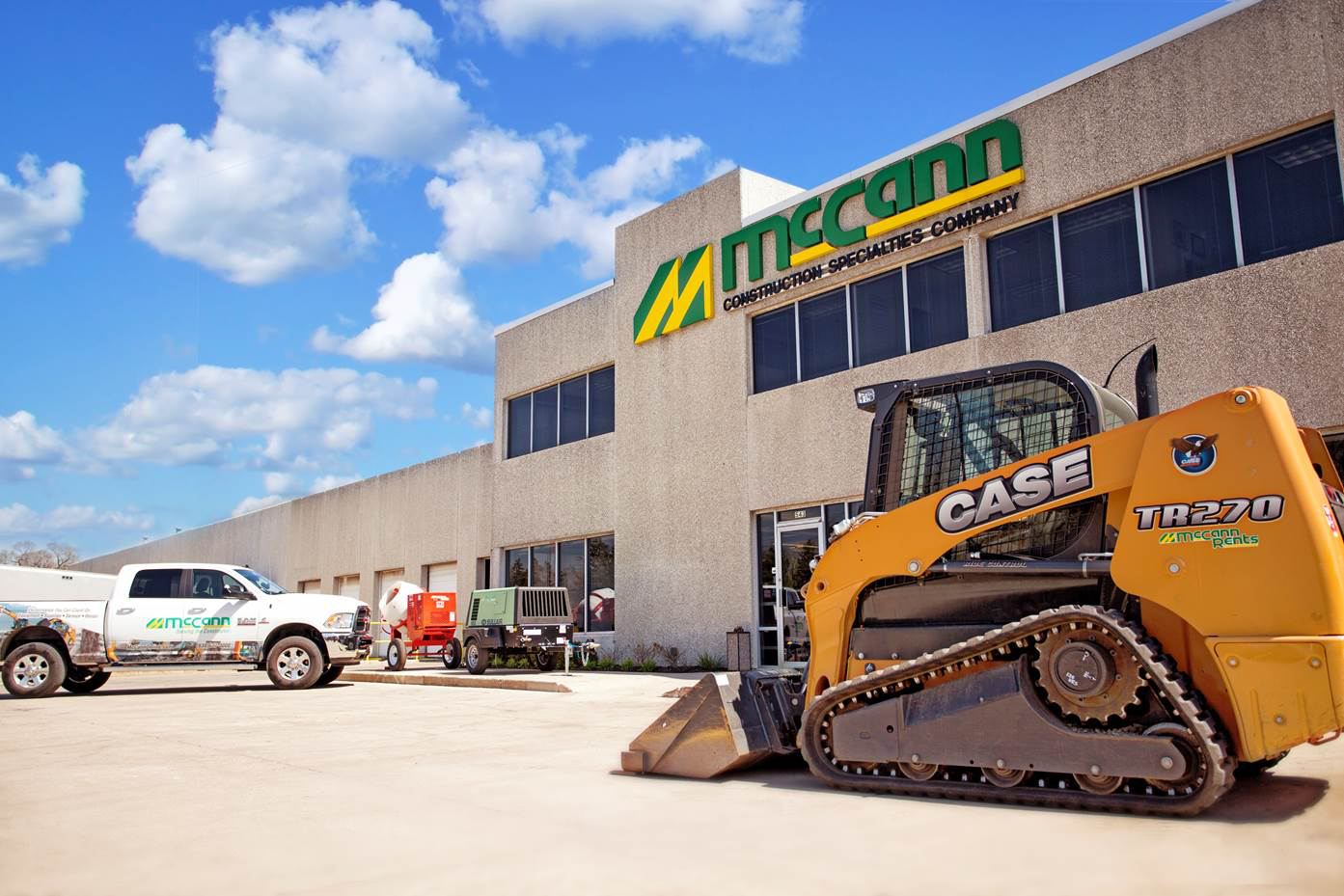 This year McCann Industries is celebrating 50 years as a heavy equipment dealer and contractor supplies source serving Illinois and Indiana.

The Addison, Illinois, company was founded as McCann Construction Specialties in 1967 by Richard McCann in Villa Park, Illinois. Richard’s Son, Jim, is the current president and CEO and the company now has seven locations across the two states and carries equipment from Case, Takeuchi, Wacker Neuson, Allen Engineering, Sullair, Husqvarna and Carlson Paving Products.

“I’m humbled by the success our business has realized through the years,” says Jim McCann. “I understand it’s only been possible because we employ people that thrive in a culture that’s focused on exceeding our customer’s expectations every day.”

In 1968, Richard McCann expanded the business to a 3,000 square-foot facility, and in 1970 moved it to Addison. Six years later he built the current location, which was expanded by 20,000 square feet in 1986. In 1995, the company purchased three Case CE dealerships.

Jim McCann started with the company in 1991 as an outside sales representative, serving as a rental manager, sales manager and vice president of sales and marketing prior to being named president in 2013 and CEO in 2015.