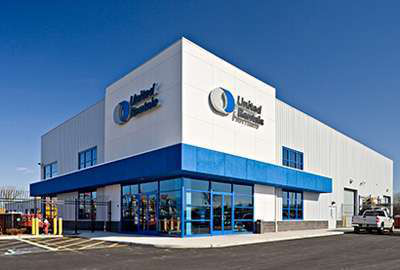 United Rentals plans to purchase NES Rentals Holdings II for roughly $965 million in cash, with an expected close of the deal in the second quarter this year, following regulatory clearance and conditions.

“The NES agreement satisfies the rigorous strategic, financial and cultural standards we set for acquisitions,” says United Rentals President & CEO Michael Kneeland. “This exciting transaction will augment our revenue, earnings, EBITDA (earnings before interest, tax, depreciation and amortization), free cash flow and overall scale, and expand our base of local and strategic accounts at a key point in the demand cycle.”

“In NES, we’re acquiring a well-run operation that’s primed to benefit from our technology, infrastructure and cross-selling capabilities. Most importantly, we’re gaining a great team that shares our intense focus on safety and customer service. We’ll be working side by side throughout the integration to capitalize on best-in-class expertise from both sides. We look forward to welcoming the NES team to United Rentals.”

The company reports NES is considered one of the 10 largest general equipment rental companies in the U.S. Concentrated in the eastern half of the country, it specializes in aerial equipment and serves about 18,000 customers through 73 branches and roughly 1,100 employees. NES had an estimated $369 million in total revenue for 2016 with an EBITDA of $155 million, creating a 42.1 percent margin. At the end of 2016, it had roughly $900 million “of fleet at original equipment cost.”

United Rentals listed the following value points as reasoning behind the purchase agreement:

“We were very pleased with our fourth quarter results, which benefited from broad-based demand. While rental rates remained a year-on-year headwind, our sequential rate performance was somewhat better than expected, and OEC volumes were robust through the end of the quarter,” Kneeland says. “These factors helped us exceed the upper-band of guidance on total revenue, adjusted EBITDA and free cash flow for the full year.”

“2017 should be a year of notable growth for us on several fronts. We expect to close the NES acquisition early in the second quarter and immediately embark on our integration plan. The transaction should be accretive to earnings, revenue, EBITDA and free cash flow this year. Once the acquisition is complete, we will issue new 2017 guidance to reflect the combined operations. In addition to M&A investment, we expect our performance to be driven by broad- based market opportunities and growing demand. Our confidence in the cycle is supported by internal data, customer sentiment, and the strength of key leading indicators. Longer-term, we expect our 2017 strategic investments in increased capital spending, sales and marketing, digital and Project XL to extend our market position and enhance future profitability.”