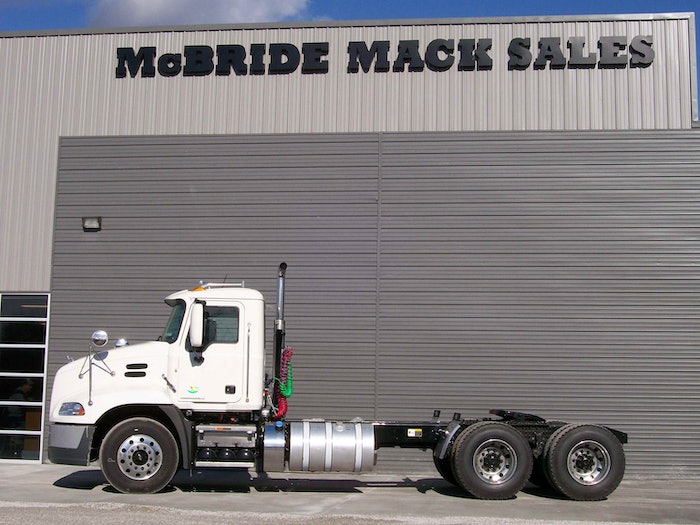 “McBride is the ultimate representation of a dealer that has passion for the Mack brand, and it permeates through the family,” says Jonathan Randall, senior vice president of sales for Mack Trucks North America. “Customers rely on McBride to help them achieve their business goals before and after the sale, and we are proud to jointly celebrate this milestone with McBride.”

When first opened, the Carbondale site had six bays, compared the 13 currently. The company expanded the located in 2010 by adding a 20,000 square-foot building next to the existing structure. It’s the main locating serving customers in Southern Illinois.

The Paducah site, which features 10 service bays, launched in 1979 after U.S. 24 opened, which boosted traffic in the area. The Cape Girardeau facility opened in 1985 and has five bays.

“The Mack brand is so strong, and we’ve always lived, eaten and breathed Mack Trucks,” says Johnnie McBride (Charles’ son), general manager of the Paducah location, where he works with his wife Jama. “Mack has been a big part of our family’s lives and the way we’ve made our living, and we are proud to achieve 50 years with the brand.”