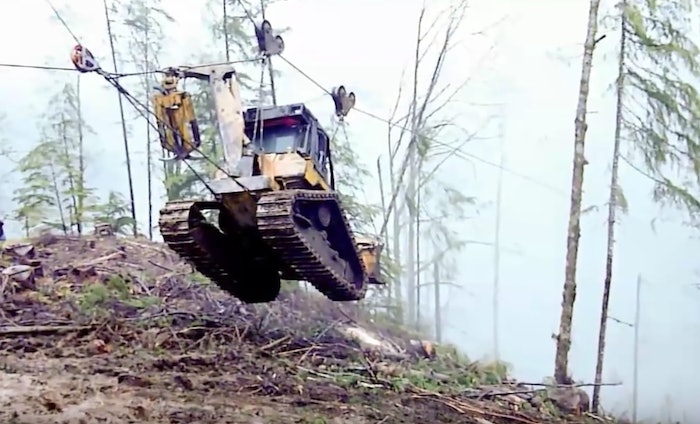 We’ve gone back through our thousands of posts to determine the top 10 construction equipment videos on the site for 2016.

These are ranked in order based on the number of clicks you, our dear readers (and watchers), provided. And this might actually be our favorite mix of videos since we started doing this annual roundup. So join us as we take a look back by scrolling through the videos below.

Read the full story, and watch the videos, here.

Caterpillar has introduced a new factory-built mulcher which combines a D3K2 dozer with an HM518 mulcher attachment.

Designed for small-to-medium diameter material across a range of applications in construction, road work and forestry, the D3K2 Mulcher can be equipped with either a conventional long (XL) undercarriage, or a low-ground-pressure (LGP) under carriage.

The HM518 has a 72-inch-wide drum that was designed to perfectly match the operating width of the D3K2, which is powered by an 80-horsepower Cat C4.4 ACERT engine. The mulcher can be removed in favor of a variable pitch/angle/tilt blade when needed.

If you suspected that contractors are snapping up as much used Tier 3 equipment as they can get their hands on, now there’s proof.

IEDA members report seeing resale prices on the lower tiered equipment increase as much as 20 percent. And more than 50 percent of the survey respondents said that quality used equipment is getting harder to find.

All it takes to contaminate a 5,000-gallon tanker truck of DEF is one-tenth of a teaspoon of a metal like copper, zinc, chromium or nickel says Luke Van Wyk, owner and sales manager of Thunder Creek Equipment. If you don’t know what a teaspoon looks like, those tiny salt packets you get in a fast food restaurant hold about a teaspoon. Now imagine one tenth of one of those stirred into a tanker truck full of DEF. Other contaminants such as iron, aluminum, phosphorous, magnesium, calcium, sodium and potassium can also ruin a tanker-full of DEF in amounts of two teaspoons or less.

Though the 2017 Super Duty has won just about every award and piece of critical acclaim a pickup can win this year, the last half of 2016 has proven a bit rocky for Ford with the automaker issuing numerous costly recalls amid the already-pricey launch of the next-generation heavy duty pickup.

Compounding these troubles is news that venerable reviews publication Consumer Reports has dropped its recommendation of the F-150 due to “declining reliability.”