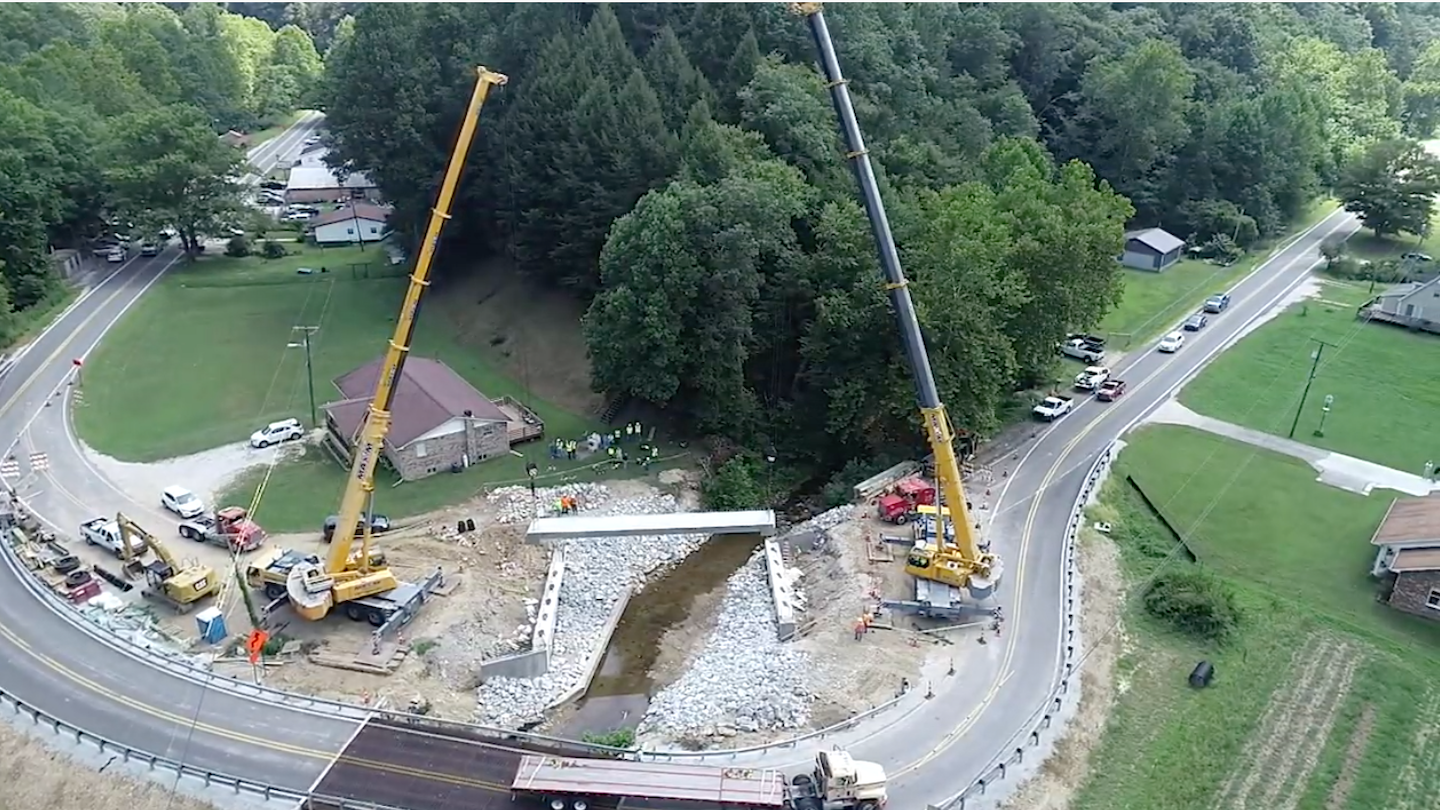 The West Virginia Division of Highways is building the new 58-foot Fourteen Mile Bridge along Lincoln County Road 37 near Ranger using a technology that hasn’t been used in the state before, the TimesUnion reports.

The new bridge is being built using a press-brake-formed steel tub girder (PBTG) bridge, which consists of galvanized shallow trapezoidal boxes built from cold-bent structural steel plate. The concrete deck is precast on the girder, and then trucked to the project site. Designers from West Virginia University and Marshall University are helping with the project.

According to the news agency, the Division of Highways said the PBTG system is ideal for spans up to 60 feet, and saves time and costs since it can be installed as a single modular unit in just one or two days. The system is also said to last for an estimated 100 years and require minimal maintenance.

The $2.2 million bridge contract went to Orders Construction Co. Work is expected to be completed by November 15.