A rock fall that started on a ridge 1,000 feet above a Colorado highway May 24 left a boulder the size of a building blocking the two-lane road.

The 2.5-million-pound boulder destroyed a section of CO 145 between Cortez and Telluride. On May 26, the Colorado Department of Transportation had the boulder blasted and the remains hauled off so it could open a temporary road. See the video of the blast below:

#BoulderBusting A crew has successfully blasted one of the massive boulders that destroyed a section of CO 145 between Cortez and Telluride. CDOT officials are extremely pleased with the outcome. Trucks immediately started hauling the fragments away so that traffic can begin flowing on a temporary road being built by CDOT’s maintenance division. The task of hauling away the rubble may not be completed until tomorrow, (Monday, May 27). The enormous 2.5-million-pound rock (or 1150 tons) tumbled and plowed its way to the two-lane highway from a ridgeline some 1000 feet above on Friday. CDOT officials say the second massive boulder, which created an eight-foot trench across both lanes and landed on the east side of the road, may remain where it sits. #SWCODOT #CO145 #RockSlide #RockFall #MontezumaCounty #Dolores #Cortez #DoloresCounty #Rico #SanMiguelCounty #Telluride

Posted by Colorado Department of Transportation on Sunday, May 26, 2019

Another boulder, weighing about 8.5 million pounds, created an 8-foot trench across both lanes and landed on the east of the road. Gov. Jared Polis has declared the boulder a “geographic masterpiece,” and it will not be removed, according to the The Denver Post. Instead, it will be kept where it is as a landmark and called Memorial Rock. He said leaving it be would also save the state $200,000.

The department was able to open a one-lane, alternating-traffic temporary dirt road by May 27 and use portable, automatically timed stoplight signals to get north and south traffic moving through the rock fall area.

Editor’s note: This story has been updated to include the governor’s announcement that the boulder will become a landmark. 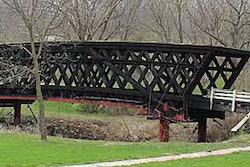 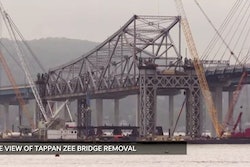 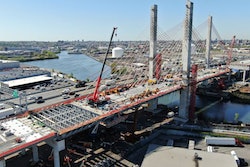