Two months after investing millions in Hyperloop One, Richard Branson has been named non-executive chairman of the company.

The move follows the recent resignation of Hyperloop cofounder Shirvin Pishevar who was accused of sexual harassment.

Now known as Virgin Hyperloop One – Branson is the founder of Virgin Group – the company also announced that it has received a $50 million investment from Caspian Venture Capital and DP World Invest. And in its third phase of testing the super high-speed transit concept, it reached spends of 240 mph.

“I am excited by the latest developments at Virgin Hyperloop One and delighted to be its new chairman,” said Branson. “The recent investment by our partners Caspian Venture Capital and DP World sets up the company to pursue opportunities in key markets in the Middle East, Europe and Russia as it develops game-changing and innovative passenger and cargo ground transport systems.”

Hyperloop says it has built the world’s only full-scale Hyperloop test system, in Apex, Nevada. The transit system would load passengers and cargo into pods that move by electric propulsion through a low-pressure tube. The pod would lift above the track by magnetic levitation and glide at speeds of up to 700 mph, according to the company.

The company says it recently completed tests on a new airlock on the system that helps transition test pods between atmospheric and vacuum conditions. It also says it achieved successful results on tests of its electric motor, advanced controls and power electronics, magnetic levitation and guidance, pod suspension and the vacuum.

“The tests were conducted in a tube depressurized down to the equivalent air pressure experienced at 200,000 feet above sea level,” a company statement says. “A Virgin Hyperloop One pod quickly lifts above the track using magnetic levitation and glides at airline speeds for long distances due to ultra-low aerodynamic drag.”

The company says it has about 200 engineers, machinists, welders and fabricators working on the testing.

A video of the Hyperloop test is above. 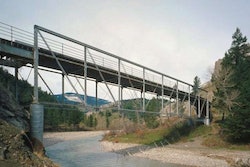 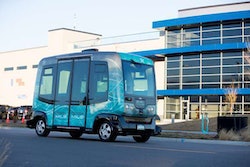 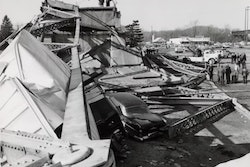 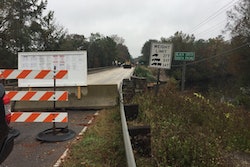