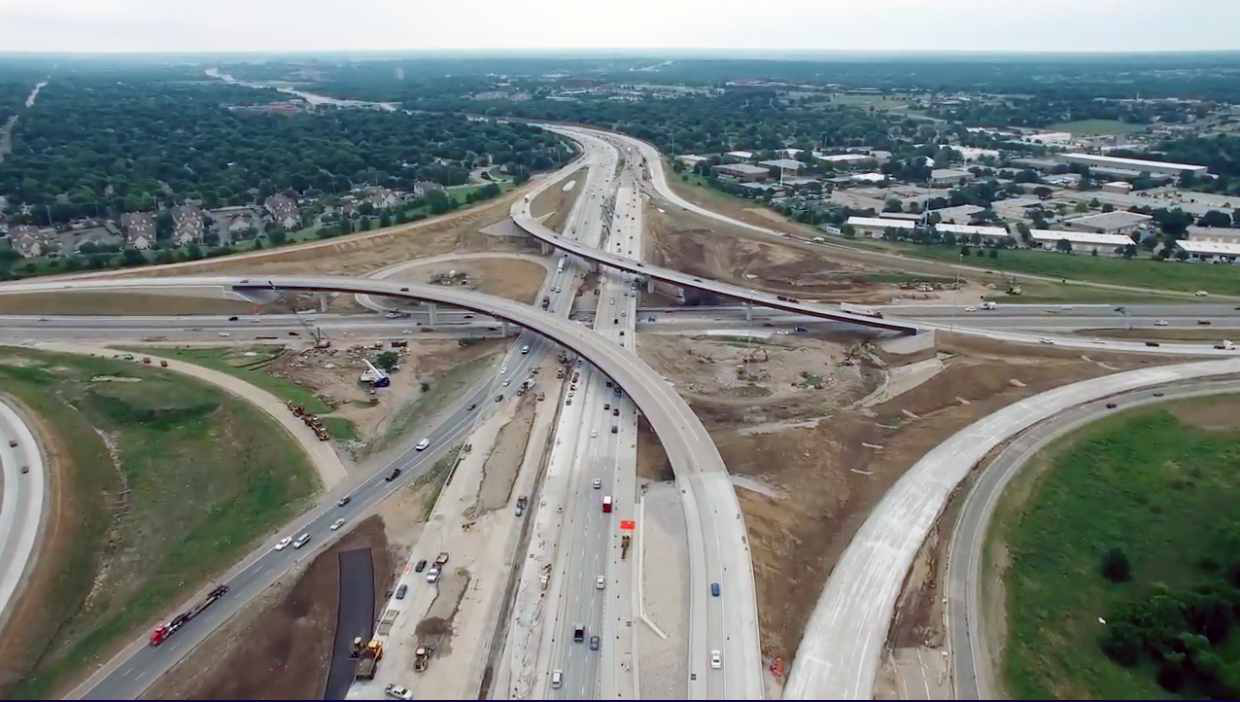 The $288 million Johnson County Gateway project, the first design-build project awarded by the Kansas Department of Transportation, addressed one of the most highly travelled interstates in Overland, Kansas, by adding additional lanes and reconfiguring existing interchanges throughout the I-435/I-35/K-10 corridor. The project included the construction of 22 bridges, two diverging diamond interchanges, and the addition of two collector/distributor roads on each side of I-435 to alleviate traffic weaving to exit onto city streets. More than 600,000 cubic yards of pavement concrete were placed for the project.

A project this size typically takes about six years using the traditional design-bid-build, but the design-build process allowed design and construction to be completed simultaneously. As a result of less time being required for construction, the driving public experienced less of an impact. The project began in the Spring 2014 and was completed on time before the deadline of December 31, 2016.