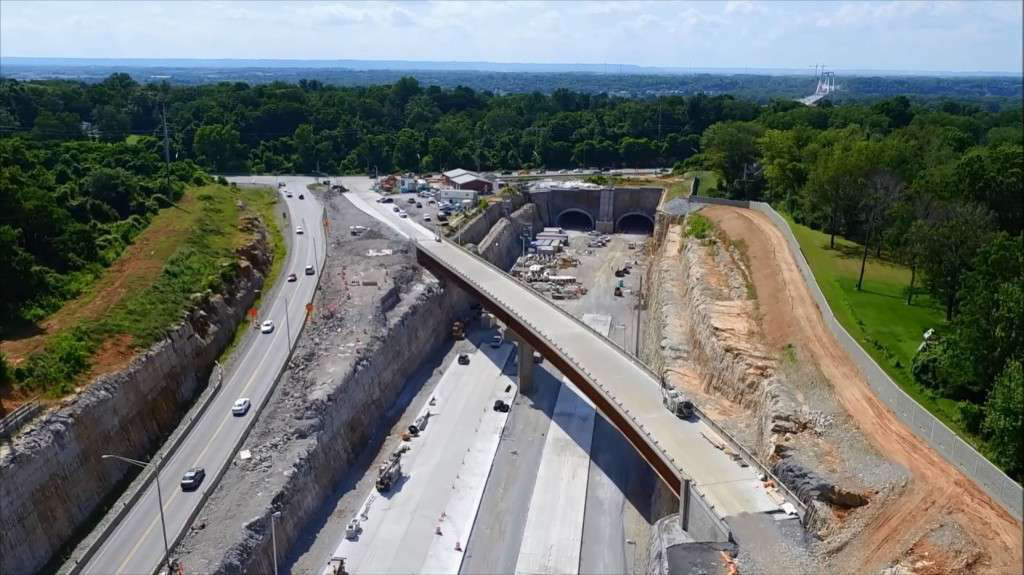 Drone video footage from the Louisville-Southern Indiana Ohio River Bridges Project offers a look at ongoing construction of twin 1,700-foot-long tunnels on the Kentucky side of the East End Crossing, a project that is scheduled to be completed in late 2016.

The twin tunnels are said to be the second-longest in the state, with only the Cumberland Gap tunnel being longer. The project will connect the east end of Louisville, near Prospect, to southern Indiana, near Utica.