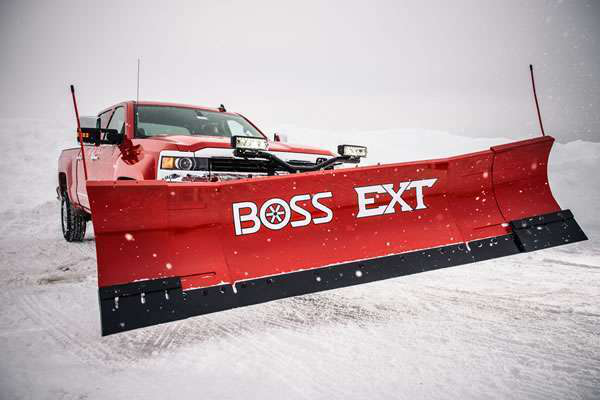 BOSS Snowplow has a new model that allows operators more versatility with the ability to expand the plow from 8 to 10 feet.

The snowplow manufacturer has announced the new BOSS EXT as its first ever expandable snowplow. The plow features simple controls for quick expansion and contraction.

“The EXT is another versatile tool for the professional snow removal contractor,” BOSS Snowplow marketing vice president Mark Klossner said. “BOSS’ EXT redefines the ‘parking lot plow’ because it carries more snow with every pass and as a result it increases productivity especially when plowing wide open spaces like parking lots.”

Plus, the EXT has the SL3 Lighting System with Ice Shield Technology, which is the first headlight designed for snowplowing.