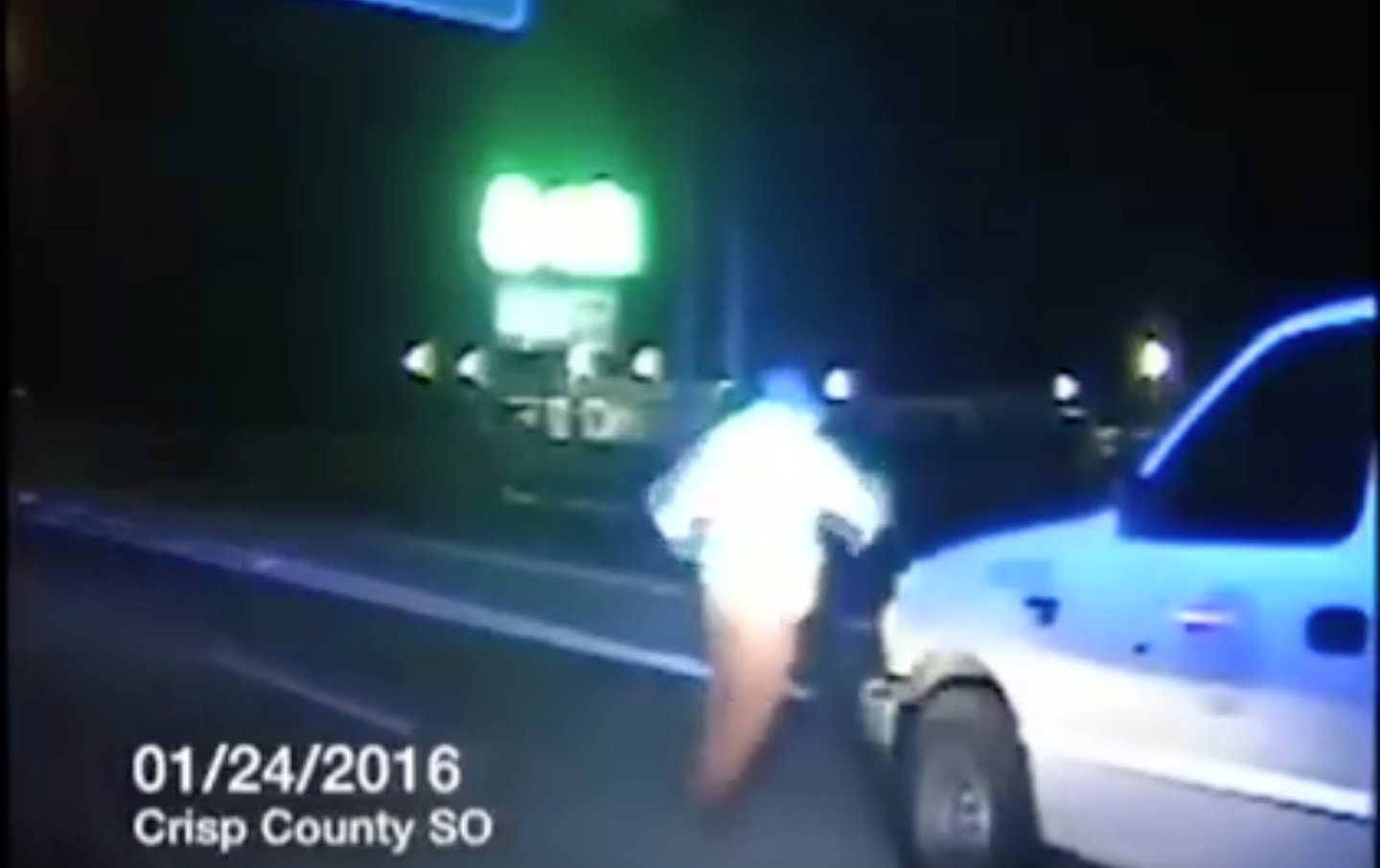 In the video, a Georgia Department of Transportation worker can be seen running past a parked van on Interstate 75. Just as GDOT worker Roger Minshew turns past the van, a semi-truck barrels onto the screen and hits the Crisp County Sheriff deputy’s patrol vehicle and sends the camera out of focus.

In the slowed down footage, it’s clear the GDOT worker only barely made it out of the way of the semi before it struck the patrol car.

The Atlanta Journal Constitution reported that the close call was filmed Jan. 24. The semi driver was trying to change lanes to go around the traffic that had slowed for the work zone.

Amazingly, no one was hurt and Minshew was right back out there directing traffic not long after narrowly escaping disaster.

“I want to thank Roger for his service to the department and the people of Georgia,” GDOT Commissioner Russell McMurry said. “We are thankful he was not injured.”

One close call for a fellow GDOT employee...Roger Minshew, a District 4 Area Maintenance Engineer, had a close call January 24, while helping set up a temporary detour due to traffic crash with fatalities on I-75 in Dooly County.The Traffic was being diverted onto Exit 104, and Minshew along with several sheriffs' cars were spaced out channeling everyone off of the exit.Minshew was parked next to the last patrol car at the exit ramp, when a tractor trailer changed lanes to go around the stopped or slowed traffic and hit the patrol car and barely missed him and the deputy. #ArriveAliveGA