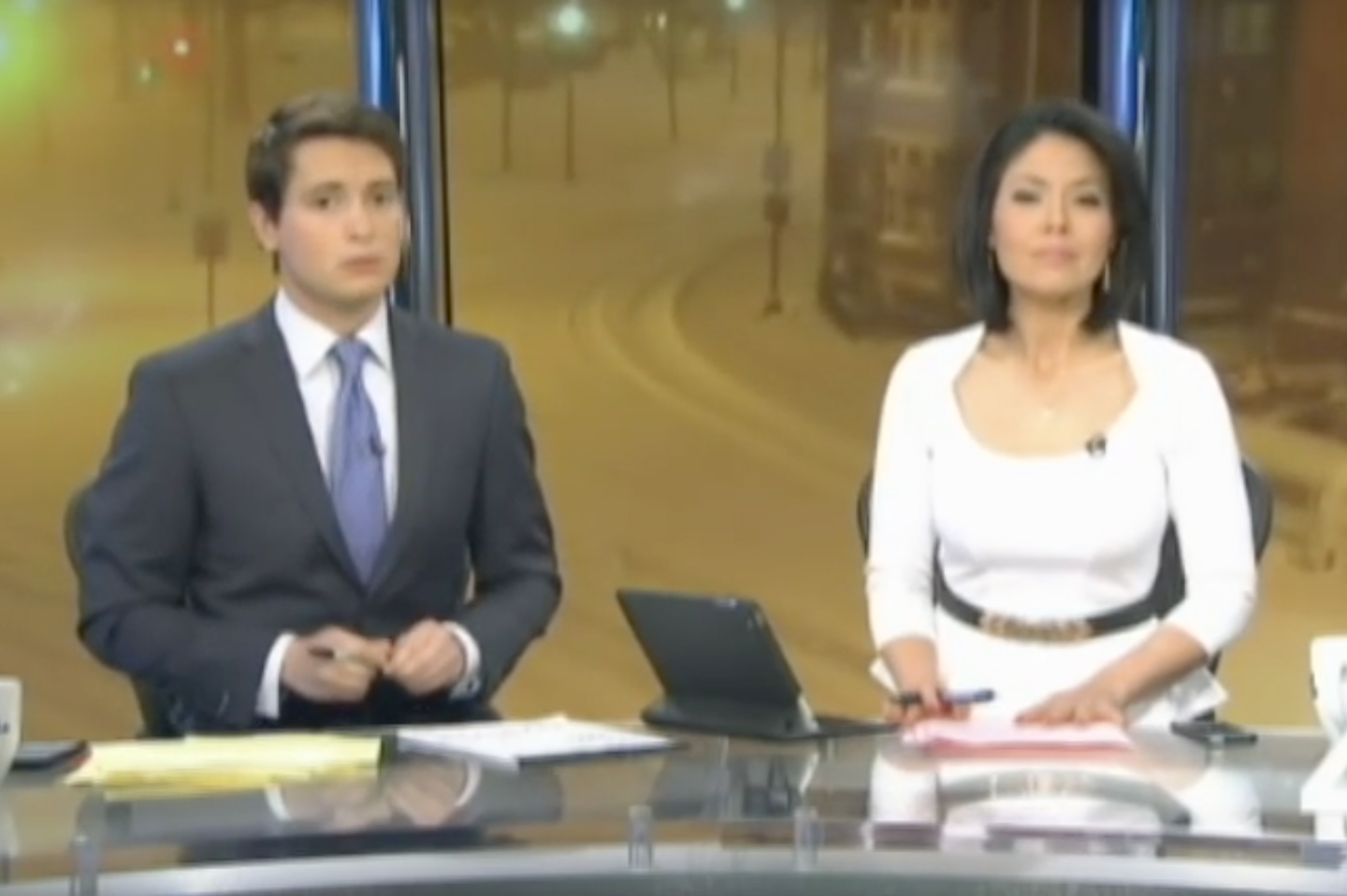 The recent winter storm that hit the East Coast disrupted everything in the region, but one prankster was more of a disruption for NBC Washington’s coverage of the weather.

According to the DCist, the Washington, D.C. NBC affiliate interviewed a man claiming to be Virginia Department of Transportation spokesperson Jason Bond, it became obvious the man talking probably wasn’t with VDOT.

“My drug dealer and my prostitute were on the way, and, you know, they couldn’t get it delivered,” the impersonator said in describing how bad the roads were.

The NBC Washington anchors interviewing Bond via telephone during the live broadcast, David Culver and Angie Goff, didn’t seem to notice as the man referenced his “call girls” a couple more times through the two-minute interview.

However, the station’s transportation reporter, Adam Tuss, realized that there was an imposter on the phone and began to try to get the two anchors’ attention to end the interview by waving his arms at a live camera. Culver later apologized on air for the mistake.

“So you may have heard a few minutes ago we were speaking with a man who misrepresented himself,” he said. “He said he was from VDOT but he was not, and we apologize for the comments he made.”

And as the real Jason Bond wasn’t exactly thrilled to see someone hijack his identity for what he considered a vulgar prank.

“I started getting calls from the D.C.-area, and I was just shocked,” Bond told the DCist. “There were families that saw it, mothers with small children. I’ve been a spokesperson for 21 years. I’m very dedicated to my profession and to maintaining my credibility. It reflects poorly on not just me, but on VDOT.”