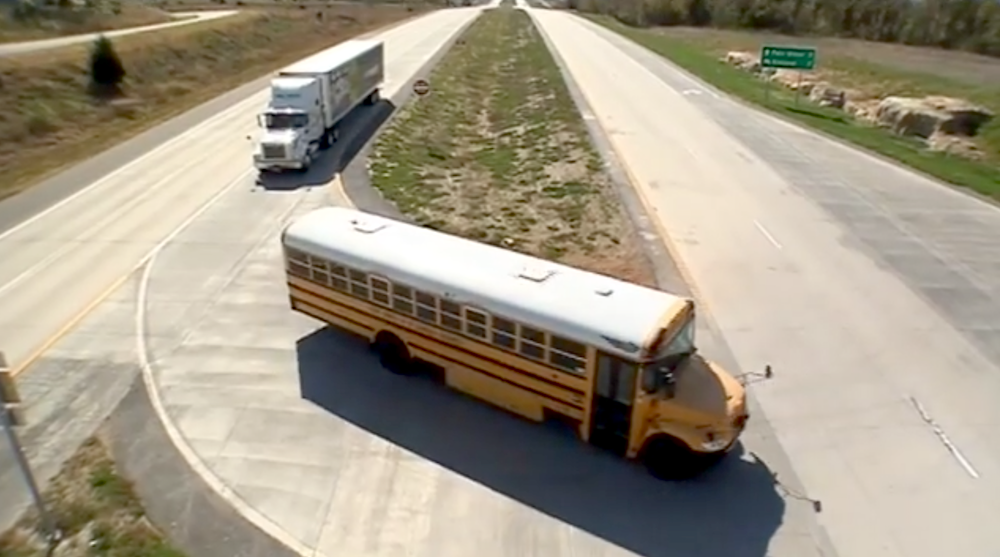 The intersection of Routes 50 and 58 in Centerview was the regular site of crashes near a local high school until the Missouri Department of Transportation decided to try something somewhat new.

The intersection has yet to see a crash since the new J-turns were installed, MoDOT announced in a press release.

The Centerview residents were growing weary of the the crashes at the intersection and the danger it posed to the nearby high school students. They wanted a new interchange, but MoDOT couldn’t afford it. That’s when MoDOT engineer Mike McGrath teamed up with the residents to propose the J-turn, which has been proven to reduce traffic crashes, fatalities and injuries at a cheaper price.

“We were hoping to save lives and reduce possible injuries with this project,” McGrath said. “We felt that something needed to be done now, and the J-turn was the best solution for the funds we have available. And a year later, not a single accident. ”

J-turns let drivers get across busy traffic safer by allowing drivers to turn right and do a U-turn to go left instead of the traditional method of trying to cross over two fast-moving lanes of traffic. The J-turns basically get rid of the risk of right-angle crashes and cut down on other types of wrecks as well.

Check out the video below from MoDOT to see how J-turns work.