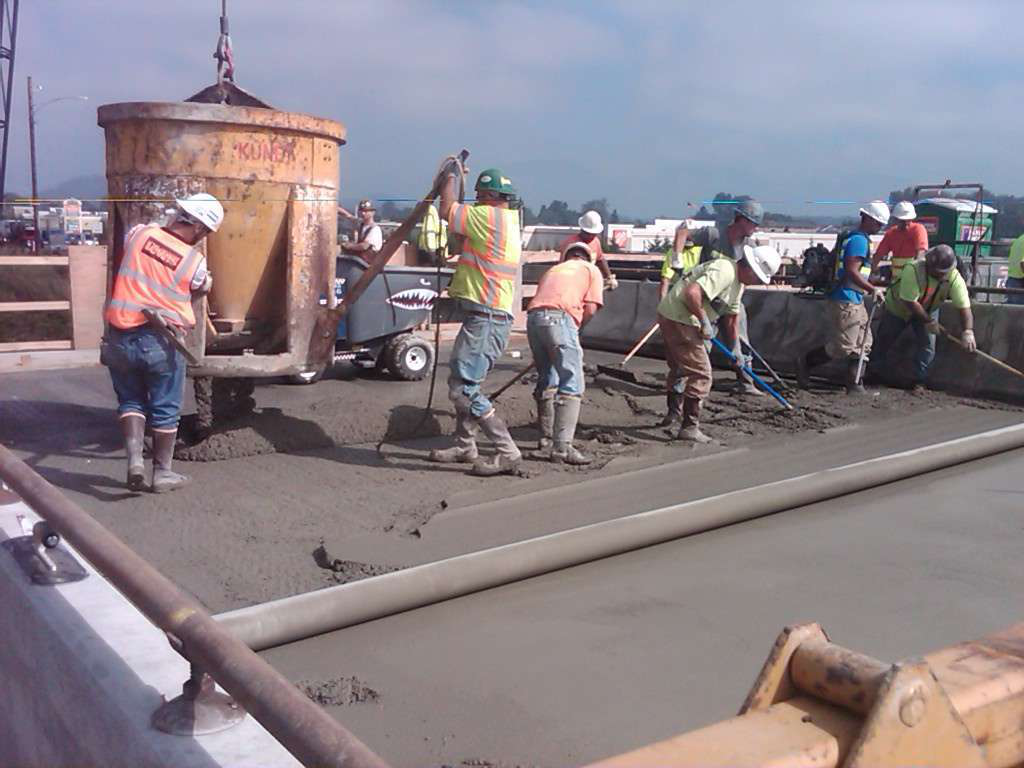 Crews smooth out concrete as a crane uses a bucket to pour the material. (Photo: WSDOT)

[Correction: The article previously noted that WSDOT expects work to be completed in early October. It has been edited to reflect the correct time frame, in mid November.)

The Washington State Department of Transportation (WSDOT) announced Sunday that the permanent replacement bridge for the Interstate 5 Skagit River Bridge opened to traffic over the weekend.

The bridge, which permanently replaces the I-5 bridge that collapsed in March, opened around 2 p.m. on Sunday. A temporary replacement bridge has been in place since June 19. 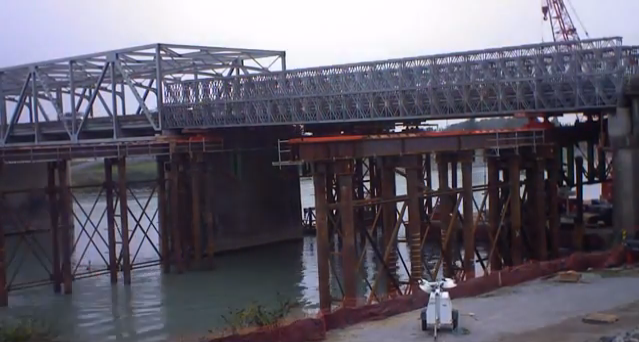 A contractor team spent a total of 66 days constructing the span since mid-June.

Crews working for WSDOT began the 19-hour process of moving the bridge into place Saturday night. The crews used a system of hydraulic jacks, Teflon pads and long steel rails to move the two sections of the temporary span out of the way and to slide the new, 900-ton concrete span into place.

Now the new span is in place, crews can begin retrofitting the overhead bridge supports and removing equipment and temporary platforms from the riverbed.

WSDOT expects work on the Skagit River Bridge to be completed in mid November.

Check out the video below to see a 90-second time-lapse of crews moving the permanent span into place.